A heart warming Dancing at Lughnasa by Ennis Players 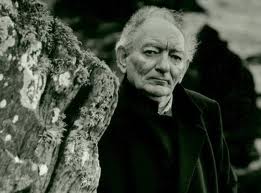 By Guest Blogger John Hartery
The Ennis Players performed an outstanding version of Brian Friel's Dancing at Lughnasa at Glór this week. The play is marked by a wonderful ensemble that brought to life the Donegal man's masterpiece. Lughnasa was first performed in 1990 and went on to harvest a raft  of awards including a Tony and was captured on film with Meryl Streep.

The play is set in the traditional setting for Friel's work, the village of Ballybeg in Donegal. It  is1936. The work is masterfully constructed around the characters of 5 very different sisters who live together in a rural setting. Their life is disrupted by the  arrival of Uncle Jack from the missions in Africa with a suspect past.

In the Ennis Players version,  Jim Manning is sure footed and confident narrator that interprets the action  and places the events of that Summer in the lives of all the characters. Rachel Cullihan plays  the school teacher / matriarch pious sister. Bríd Finnegan was an hilarious Maggie, the funny one who always looks on the bright
side. Saoirse Byrne was very impressive as Agnes and Emer O'Flaherty was the immature youngest that the rest of the siblings looked out for. Tara Manning played  Chris whose face lit up when her lover managed to show up. Veteran of the Ennis  Players John Finn carried off the pivotal role of Uncle Jack with aplomb and was at his best in the monologue in the second act. Joe Varden played a fine role as Gerry Evans, the Lothario,  whose life outside Ballybeg was a mystery. 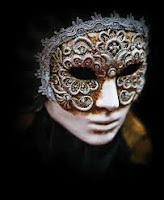 The set,designed by Allen Flynn and Mike Kelly, was  excellent and made full use of the large Glór stage. Lighting was by Mike Kelly and the subtle sound by Arthur Ford was effective.
Plaudits to director Jackie Sheridan for a show that offered  the subtlety, power and sharp characterisation of the original and used a well chosen ensemble of actors.