I have just watched the live screenng of Der Rosenkavalier from Glyndebourne. Tara Erraught, a young Irish mezzo soprano excelled as one of the leads. At 27, Ms Erraught's rise in the opera world has been quite extraordinary and has merited more attention than she has received at home. Despite being relatively young, she has numerous lead roles in A grade opera houses under her belt. She received glowing praise for her portayal of Sesto, a trouser role in Le Clemenza di Tito screened live from Munich Opera House earlier this season.   She has been under the spotlight, not for her wonderful voice but  for the furore over some unflattering remarks about her physique in the UK broadsheet reviews of  Der Rosenkavalier. Ms Erraught plays the lead role of Octavian, another  trouser role .

Following all he hullaballoo, anyone following opera matters will know two things, that this Drogheda girl can sing and she sure as hell doesn't look like a boy.  My own tuppence worth is that as this was a comedy, the unconventional shape match between the characters Octavian and very tall Marschallin was not that unconvincing.  I did think she was not well served by  the costume department and her frock coats seemed to be poorly fitted. 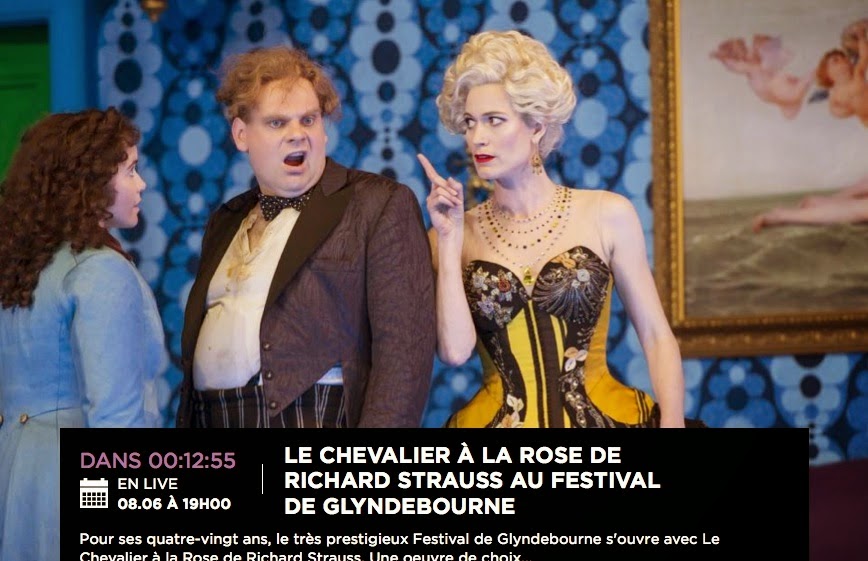 Does the look matter?. Is it all about the voice as some singers have stated this week.
To the singers who have rushed onto media platforms and accuse critics of misogyny and say it is all about the voice, I say rubbish!. It is theatre and were it not, we wouldn't bother with expensive staging and just have concert performances.  However, looking back on some productions I have seen, I rather liked the fact that an Escamillo was the wrong side of 50 and somewhat portly for his Toreador's costume  . A middle age Mimi added even more pathos to a Madame Butterfly. Here is what I had to say about a most unlikely Orpheus in a Cork Operatic Society production.  'Trinidian tenor, Ronald Samm returns to play the title role. His is not a pale youthful sylph like Orfeo, but a heavyweight middle aged one with a great bottom to his tenor voice. His interpretation of the grief laden Che Faro at the close was moving and memorable and very much his own Having seen him in the role, I feel all Orpheus' should be thus',

I must confess that I giggled at  this pairing of tenor and soprano in a Bavarian State Opera  production of  La Boheme. There is nothing to say that a tall Mimi might not fall for a short Rudolfo but it didn't make for convincing theatre.  In my write up on the evening I couldn't leave out this physical aspect of the performance. But how to put it?  I opted for this form of words
Rudolfo (Stefano Secco) and Marcello (Levente Molnar) set the scene and are shortly joined by Schaunard (John Chest) and Colline (Christian Van Horn). Mimi duly appears with her unlit candle and the Anja Harteros is vocally splendid as befits the first if not only German winner of Cardiff Singer of the World. While both leads are vocally suited to their roles there are some physical aspects of their stage presence that cause some logistical difficulties and two steps of the stage garret set are required for Rodolfo to clasp Mimi to his manly bosom.

I haven't yet  heard Tara Erraught live. I applaud her achievements and the hard work she must have put in to get there I hope she hasn't been unduly upset by the remarks.  Although I would defend the right of the critics male or female to comment on such aspects,   I do think some of the remarks were ill chosen. I am looking forward to hearing this dynamic Irish singer sooner rather than later  I hope.
Posted by Cathy Desmond at 12:13 AM