Can you imagine if you ordered a 'trio of rare seafood' dish in a quay-side  restaurant but before it came you were served a large course of pork and dumplings? You might justifiably think this was an odd balance in menu planning. Less meat and potatoes and more of the subtle fish you were expecting, you might very well demand. Now, imagine. that without a by your leave, your maitre d' plonked an observer with a camera at your table to film your grub for a promotional video to market his restaurant, I suggest that you might be less than happy.

Which brings me to an evening titled  Voices to Thrill  at the NCH on Friday. There was an embarrassment of vocal riches as the RTE NSO engaged not just one but three leading international sopranos. Tara Erraught darling of the Bavarian State Opera was joined by Ailish Tynan, doyenne of London scene and Dublin's  favourite soprano, Celine Byrne. All three  girls looked radiant and you couldn't imagine them looking or sounding any better. Tynan sang Mozart's Exultate Jubilate as though her hear would burst with the sheer joy of it all. In the trio from  final scene of Der Rosenkavalier by Strauss, the formidable vocal team knocked us out with sheer beauty of tone and seemingly effortless expression in  this highlight of  late Romantic opera. The orchestra under Buribayev  after a slightly overblown opening found a comfortable dynamic that supported the singers without overpowering them. A fabulous evening at a sold out house and one to remember for years to come.

There was a sour note  though among the opera gala crowd in my area in the stalls as we headed for our interval saunter without a titter of vocal action in a programme title that suggested  otherwise. Why engage three of the most sought after sopranos and leave them twiddling their thumbs in the dressing room until  the second half of the evening. Which bring me back to the pork and dumplings While the gals cooled their heels, the RTE NSO  dished up a large dollop of Teutonic symphonic fare in  Brahms 4th Symphony.  Good solid stuff but just not what I was  in the mood for.  There were lots of singers and opera buffs in the house and judging by the interval chatter,  my view was not an isolated one. Moreover , throughout the playing of the symphony, a video camera man and photographer were placed slap bang in the centre of choir gallery to record the  proceedings without a by your leave. This might be alright if the performance were a cut price matinee but not for a full price gala occasion. The following evening,  a performer asked for the audience's indulgence to film a 5 minute sequence during his live show. At the end of the evening, Vladimir Jablokov thanked his audience at the Theatre Royal Waterford and repeated the number for the audience to enjoy it without the distraction of cameras, a small but significant courtesy.

I was pleasantly surprised to find a Wexford church packed to the rafters today for an afternoon concert of contemporary music. New music events  in venues more accustomed to the familiar can be prone to be be preceded by a sense of mild trepidation but in St Iberius Church in the South East coastal town, the mood was all buzzy anticipation for the celebration of  the work of a single  composer. Given that the composer in the limelight was  Liam Bates, locally based  and the musicians performing were some of the best professional players in the country it shouldn't have been a  surprise really. This combined  with a sustained multifaceted pr effort seems to have paid off in maximum  bums on seats for unfamiliar work,  I was in the audience for the performance by the Wexford Sinfonia of Bates symphonic homage to the heroes of the Helena Blake last year,  when Wexford folk filled the County Council HQ to salute the local heroes, living and dead. A report and a link to my Irish Examiner review   here

Today's event featured a  salon ensemble augmented with a choir, solo voice and flugel horn.  There was a satisfying range of contrasts in timbre and style in the selection of work presented over an hour and half. Opening with the hyperactive rhythms of  funk/disco inspired, Vivo. the mood was calmed by a plaintive  Elegy featured Shaun Hooke on the all too rarely heard flugelhorn. Hooke, principal trumpet of RTE CO  also featured in the premier of a jazz influenced Urban Monday. The  minimalist style of Abundance created  a  contemplative  mood with sustained slow moving lines on viola accompanied by Piano and accordion.  Premiered in 2014 in a version for symphony orchestra,  the Heroes of the Helen Blake was presented in a three movement version for chamber ensemble. Although lacking the high emotion and sweep of the original. the piece gained greater clarity in the interplay between solo violin and ensemble  with the sea shanties woven into the score easier to discern.  A solo voice, Cillian Byrne of group, Basciville replaced the male voice choir in the  song of the lifeboat men

A different mood and timbre and mood opened the second half procedings with a lyrical piece for solo cello and piano played. There was light hearted whimsy and a Latin influence  in a suite of variations based on a theme from film score , Out of the Blue which featured some lovely lines for viola and duets between viola and violin.

Finally , the Valda Chamber Choir joined the ensemble for a serene Agnus Dei and canticles inspired by Bates' sojourn in Togo reminiscent of the syle of Welsh composer, Karl Jenkins.

They say a prophet is never recognized in his own land. One couldn't say that of this Wexford composer  on this jubilant  gala occasion. To conclude , I repeat a comment from my last report on this man's work  'By any standards, this is exciting and well crafted symphonic writing, teeming with ideas that deserves further airing on a national platform'.

I spent the weekend visiting a family member in Sheffield. The chill was banished by two great  evenings at Yorkshire folk music events.

Leaving behind the tempting attractions of the city concert halls and theatres, we ventured to the edge of the Peak District to the inauspiciously named village of Dungworth to spend Saturday evening at  Royal Traditions, Folk Club. When we arrived at The Royal Hotel, the evening was in full swing and the congregation of young and old was working their way through  a house song  I don't use the word, 'audience' as active  participation in singing  was as  integral to the evening as listening. There was something of the spirit  of a religious service with the order of the songs on the programme chalked up on the board  the words circulated to encourage everyone to join in. And  join in everybody did with fervour and  a rumble of convivial counterpoint of bar chatter from beyond the main chamber. Mercifully, there were no amplification,  just gentle strains of fiddle and  concertina to accompany the voices.  Sustenance was in the form of  sandwiches and ale.


Special guest on the evening was  Bryony Griffith, who held the floor from her spot at the fireplace. Accompanying herself on fiddle and viola, Griffith was good company. We  heard some lively songs, some great  fiddle tunes deftly executed  and chat all delivered in  robust Yorkshire tones. Mighty stuff and highly entertaining.

The evening closed with another communal sing under MC Jon Boden  after which contributions were invited  from then floor. All were welcome. Patrons stood or sat where they were and performed their turn. 'Come on John , a song before you catch your bus', the MC  called  during a brief lull' .

It was a thrilling memorable evening and more   restorative of the spirits than  a stirring organ voluntary or sweetly sung motet from  a choir loft.


listen to ‘Royal Hotel’ on audioBoom


listen to ‘Bryony Griffith’ on audioBoom


listen to ‘Cape cape’ on audioBoom


listen to ‘The royal Dungworth’ on audioBoom

Posted by Cathy Desmond at 8:39 AM 0 comments

Most of my posts feature reports on performances by others. I love performing myself  and rarely a week goes by that I don't get called on to play a few tunes somewhere.  Theme days throw up a welcome opportunity to choose repertoire to suit the particular occasion.  Here are my selections for two recent events.

International Women's Day  March 8
I enjoyed performing as part of the all girl lineup at the Tudor Artisan Hub at Carrick on Suir . My selection included The Coolin, Carolan Planxties, Edith Piaf' La Vie en Rose and Scubert's Ave Maria. It was wonderful to play with  composer and pianist Marion Ingoldsby. Marion played several of her own short pieces that reminded be of Satie's Gymnopedie. She  also played a charming piece by American composer Amy Beach

St Patrick's Day. 17 March
The beautiful Georgian Cathedral in Barronstrand Street Waterford has  a surprisingly warm acoustic  for such a large space. My selection on 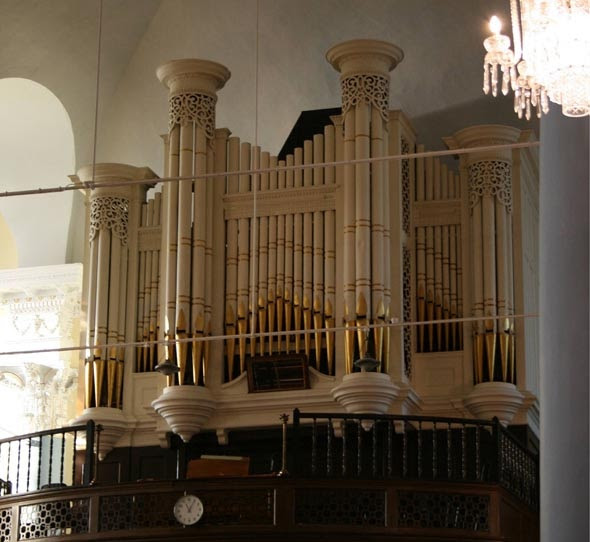