What a civilised spot the Berkley Court is. Following the evening reception at the IAYO Festival at the National Concert Hall my PR advisor and I repaired for a night cap to the lounge of this establishment where we were wonderfully entertained by Mr. Eamonn Monaghan at the piano with an eclectic mix of classical favourites . We particularly liked his rendition of Johnny Cash's Folsome Prison Blues. I was persuaded to join him for a couple of numbers . Eamonn tells me that he is an uncle to Philip Thomas well known in youth orchestra circles.
As I was leaving next morning harpist Brenda Molloy was just coming in to start her Sunday morning serenading. Unfortunately we couldn't dally any longer and hit the road for Waterford. I hope to hear Brenda when next in Dublin
Posted by Cathy Desmond at 7:06 PM 1 comments 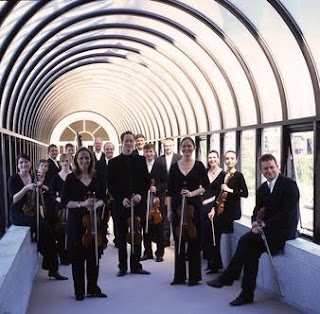 I finally managed to attend UL concert hall for and ICO gig. Dermot Dunne accordion is such an appealing performer and really looks like he is loving performing. I really like the idea of the strings standing to play. Watch out girls , no chairs at the next rehearsal. It was great to see a nearly full house, helped by the participation of several schools in a choral project, The Music in Me. Why though do the concert hall not encourage people to linger after the performance. The ICO do play with great verve and enthusiam and do genuinely look as though they are having fun. I look forward to hearing them again
Posted by Cathy Desmond at 10:00 AM 0 comments

Beauty and the Beast Shannon MS

Wow . What a fabulous production. Alice and I were lucky to get two cancellations for Shannon Musical Society's latest offering which sold out for ten performances, an achievement of good management itself. And what a production it was . Carmel Griffin assembled a fabulous band that produced a rich sound palette to accompany the huge cast. It was lovely to hear a French horn played by Liam Daly and an oboe, Etain McCooey in the mix. All the leads were very well with Gaston in particular looking like he stepped right out of the picture book pages. There is something very exciting about being in a space like the Shannon school gym magically transformed for the week into an enchanted set with peopled by characters who bear no resemblance to their everyday persona. I love the fact that the tea ladies appear in costume and are photographed in the programme. I was delighted to meet my cousin, society member Helen White after the show . Helen's parents Aidan and Anne White have a longstanding association with the Shannon Musical Society Well done Helen, Carmel and SMS. We had a wonderful night
Posted by Cathy Desmond at 9:28 AM 0 comments 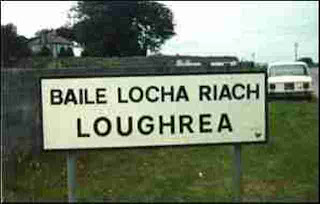 Congratulations Tom Murphy on the first birthday of the Loughrea Chamber Music Club. On the first Sunday in February, I was delighted to be invited to play at this gathering in the library in Loughrea. I invited ace Japanese virtuoso , Yuki Nishioka to join me to perform the Rondeau from Mozart's violin and viola duet in G major. About a dozen or so performers contributed to a sizeable audience in this lovely converted church space. Yuki provided a grand stand finish with her memorable rendition of 'The Coolin' and Monti's Czardas. I had suggested to Yuki as she is here to learn traditional Irish music, she should include the well known air in her repertoire. That she certainly did. Other highlights were the Handel trio sonatas performed by Cantablile and my favourite tango, Jealousy.

Loughrea Chamber Music Club meets the first Sunday of each month at 7pm at either Loughrea or Gort libraries. Admission is free and I highly recommend it .
Posted by Cathy Desmond at 9:12 AM 0 comments 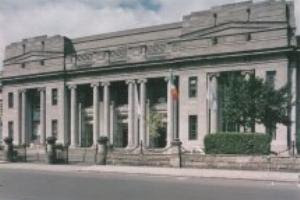 It was very early on Saturday morning 13th Feb when 25 girls from Colaiste Muire Orchestra and their entourage set off for the premier concert venue in the country, the National Concert Hall to participate in the annual Irish Youth Orchestra Festival . After all the preparation and planning the day had finally arrived We arrived just in the nick of time to meet our collaborators St. Peter's College Orchestra for our on stage rehearsal. After rehearsing all morning, the members grabbed a quick lunch before taking their seats in the balcony for the first half. Michael John Ryan and the Tipperary Youth Orchestra were first on stage. Their Abba medley went down particularly well with the audience. They were followed by the Donegal Youth Orchestra who were very impressive.  Vincent Kennedy had the whole stage etiquette thing down to a tee and they really performed as opposed to merely playing their pieces . Bravo Donegal! Finally our moment came . It was very exciting and a relief that our moment to shine had finally arrived . Sean Rocks the compere made everyone feel at ease. All too soon our programme was over and conductor, Pat Morris bowed to rapturous applause . Our programme included hits a Brazilian samba , film themes from Pink Panther, Pirates of the Caribbean and the Lion King and a divertimento by Mozart in an arrangement by Sandra Dackow, last year's artistic director of the festival.

Lead cellist Tamires Roque from Brazil and Louise Mulcahy Dunboyne remained on stage to chat to Sean Rocks. I am very proud of these students. Both ladies began playing in their teens in school based projects and both emerged as star pupils who have gone on to take a full and active role in their school ensembles. Bravo ladies!
No rest for the wicked and I was delighted to accept an invitation to join in with the Galway Youth Orchestra with their conductor Michael Dooley. I loved their programme of Smetana and the Children of Lear Suite by Patrick Cassidy. It is a most attractive piece, not too dificult and I would love to play it with the Colaiste Orchestra.
There was time for a short skite down to Grafton Street before the girls climbed back on the bus. Carol Daly, Artistic Director of the Youth Orchestra Festival came aboard to wish the girls well and to thank them for their contribution to  this terrific annual event. They were waved off by a party of St Peter's boys whowere very sad to see them go.   The event marked the close of a  30 year gap since Colaiste Muire had sent an orchestra to Dublin to perform.  No doubt members will have wonderful memories of their day, performing  in this splendid venue. Another collaboration anyone?
Posted by Cathy Desmond at 11:28 PM 0 comments