﻿﻿﻿﻿
﻿﻿
﻿
﻿
﻿ ﻿ ﻿﻿ ﻿﻿﻿﻿
﻿ ﻿ We arrived on Friday night to find Waterford a hive of musical activity  with all sorts of ensembles performing within a stones throw of each other.  In the Tower Hotel, there was a glam rock theme in the ladies outfits on their way in for a reunion of 70s local rock band, Simon  while across the road in the Theatre Royal,  showband fans had further opportunity to indulge in nostalgia    and upstairs  a gap of   centuries was bridged in a programme of Baroque  favourites paired with contemporary Finnish music
﻿
﻿
﻿ ﻿ We made a beeline for  City Hall  where The Irish Chamber Orchestra were ensconsed  in the Large Room upstairs. Being a little too late for the opening  we bided our time and listened from the lobby  downstairs where Ronan Collins looking a little sombre in a black suit was hosting the showband show 'Reeling in the Showband Years'. Both groups had tall portable screen signs at their respective entrances to ensure patrons didn't get mixed up and find themselves in the wrong  time zone .

I was delighted to receive  an invitation to be a guest at the monthly gathering of the Three Legged Poets Society at Glor on Saturday 20th February.  The guest poet was Paddy Bushe now living in Kerry .  It was a lively afternoon with more than a dozen or so poets reading from their work and many listeners  including Davy Arthur who was in town for a gig in Glór that evening.

I opened the procedings with a pait of planxties by Carolan . Paddy Bushe read from his several collections, most memorably, a love poem featuring a walk in Nepal.  I played  a slow air, Amhran na Leabhar which has connections to Paddy Bushe's home place and the poet filled us in on the background to this song by Tomás Rua

The afternoon had a Valentine flavour with many of the poems featuring love as a theme. Arthur Watson's poems as usual were full of humour. Mary Fean was one of only two women's voices, her poem focussing on an annual anti war protest at Shannon Airport . Willie Clancy was recalled in Brian Mooney's work . A visiting poet from Drogheda impressed with his strong direct delivery .  I closed the musical procedings with a couple of tunes prompted by the tenor of the poems read during the afternnon , My Love is Like a Red Red Rose for Jenny's poem and La Vie en Rose by Piaf , a favourite love song . A very interesting and enjoyable  afternoon was ably compered by Rob Hopkins . The gathering wound down in a leisurely fashion with poets and attendees lingering to chat after the formal procedings were done .

Festive Fun at the 16th IAYO Festival of Youth Orchestras


The annual jamboree of youth orchestras took place in the the NCH this weekend .  After coffee in the Conrad where I was delighted to meet old friends from Liffey Valley Orchestra, I arrived  at the NCH in time to join a small group of spectators for a conducting masterclass in the Kevin Barry room with Lorenzo Della Fonte . Four candidates including Shannon Burns, Alan Duff , Patrick Burke and Robert O Brien were put through their paces in a Holst Suite with one of the Academy Wind and Brass Ensembles in a good humoured session . It was good to meet Shannon who tells me she is based in Limerick and is involved with a new inclusive music education project at the Redemptorist Centre . 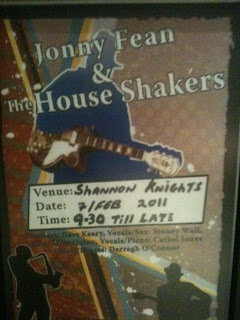 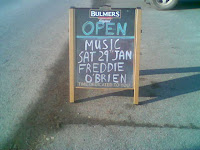 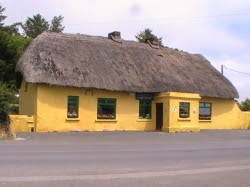 
﻿﻿
Driving past Hayes' pub on Friday, I note that Freddie O'Brien is topping the entertainment bill at this popular pub in the fishing village of Dunmore East, Co.Waterford, so with the prospect of a convivial evening ahead, I returned on Saturday night. The intimate bar was already packed with locals and regulars who were engaged in their favourite Saturday night entertainment, a sing-song. Freddie O' Brien with his bazouki, acting as  MC entertained the gathering with an eclectic  selection of songs mixing folk ballads,  popular hits  and show tunes, his strong voice requiring no amplification for this venue.  Highlights of his set include , The Maid of Malabar, The Spaniard who Blighted My Life, and Deise song, The Connerys.
Read more »
Posted by Cathy Desmond at 12:33 AM 1 comments