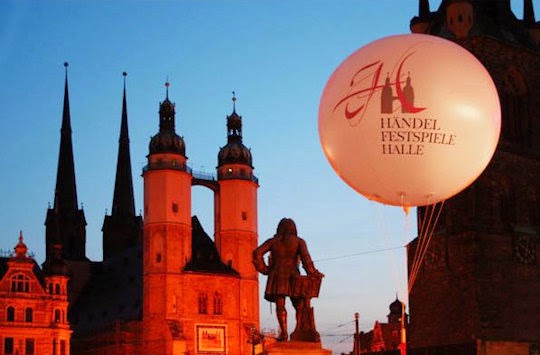 Festivals dedicated to the twin giants of the Baroque take place in June within commuting distance of each other in the German province of Saxony. Both the Bach Fest in Leipzig and the Handel Festspiele in Halle each run over  ten days or so and with an overlapping weekend it is possible to get a taste of both in one trip.

I arrived in Halle just in time to sample the final day of the Handel Festspiele.  The festival must be especially welcome this year following a dark period when it was cancelled  due to catastrophic flooding. I hadn't expected to find myself on  a bus chuntering through Saxon suburbs but the most compelling event of the day  was a staging of a pasticcio at the delightful  Goethe Theater in the spa town of Bad Lauchstadt.  A wall plaque states that the theatre was where a young Richard Wagner  began his conducting career with a Don Giovanni. There was time for an alfresco kaffee and kuchen before withdrawing to the charming vintage interior of the Summer theatre.

I learn that  a pasticcio is not an  icecream flavour, but  a form of opera cobbled together from previously composed works, a sort of theatrical compilation of greatest hits. Handel had plenty to choose from by the time he compiledGiove in Argo, one of three notable works in this style. Programme notes tell us that ' while the pasticci are relatively unknown on modern stages, they were standard 18th century fare. This one is unusual in that it uses three deep male voices, and features a prominent chorus  The work was first revived in a  performance at Bayreuth in 2006. 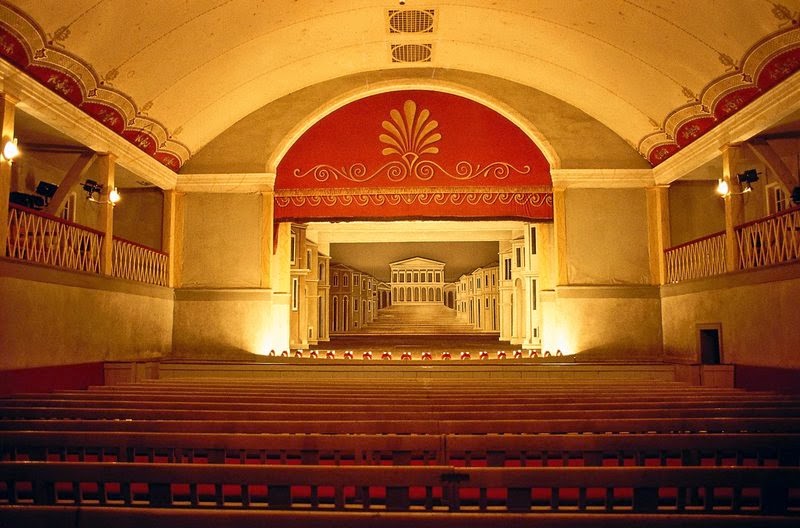 Sung in Italian without surtitles, the work spanned three acts in as many hours.The variety of voices were uniformly strong, one as dazzling  as the next. The two hearty bass voices gave the work a  weighty resonance.  The intimate venue allowed a great degree of nuance in dynamics. The contemporary staging  was  zany, seeming to take inspiration from a fusion of films, Airplane and KillBill, all singers seeming to throw themselves into the frenzied madcap nature of the proceedings. One had to feel sorry for the character who murdered in Act 1 is required to lie motionless on stage for the following hours.

Despite the undoubted strength of the soloists, the highpoint for me was the chorus who shone in  Viver e non amar. Conductor, Werner Ehrhardt directed the  Orchester l'arte del  monde in a powerful and vivacious performance from the pit.

In contrast, the Paris Salon conjured up by Skip Sempé and the Capriccio Stravagante at the morning recital  in the Leopoldina Festsaal seemed a dull and tedious affair, lacking anything of the brio of the afternoon proceedings.    The pacing of the recital seemed odd. Solos for viola de gamba predominated before the interval  and pieces seemed to peter out in lugubrious tempi. Even the addition of a blokflote failed to add a bit of  sparkle. The all  too tasteful and the 'finely nuanced ' style in works by Couperin, Rameau and Marais and a austere stage presence had me heading for the exit at the pause.  The best thing about the event was the elegant light filled venue which was similar in size and ambience to London's Wigmore Hall .

Giove in Argo HWV A14

An opera by G. F. Handel 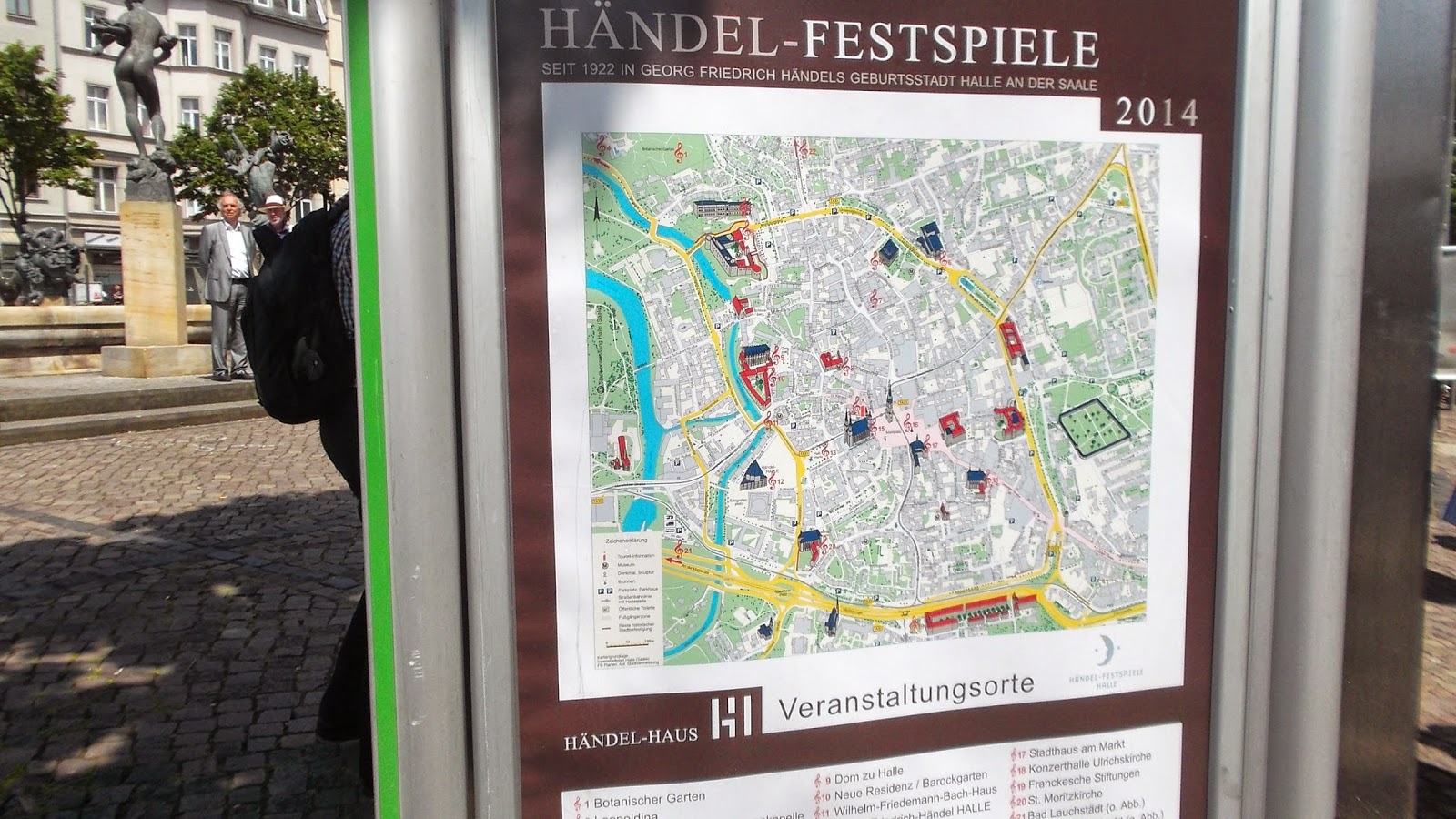 Posted by Cathy Desmond at 1:43 PM