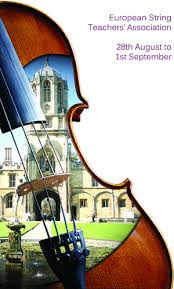 The historic academic centre of excellence, Oxford, drew string teachers from all over Europe to the city of the spires for the 41th annual international conference of ESTA . Tempted by the grand location and the opportunity to make new acquaintances in a bigger pond , I joined the gathering for 4 days of the 5 day meeting, hoping also to pick up some new strategies and hopefully play some chamber music. The spirit of Morse was in the ether and the curmudgeonly face of the donnish detective appeared on stands all over town. You half expected to see a vintage red Jaguar appear in Queen’s Lane. In fact it was buses that dominated the traffic lanes. Big ones, little ones, open topped double deckers, uber sleek tourist coaches and it was by x90 bus from London that I arrived in Queen's Lane outside the conference location.

The  hectic programme of presentations, masterclasses and concerts took place in the Examination Halls under the enormous clocks. Meals were served in the Victorian splendour of Christchurch College Dining Hall, so eye popping that gruel would have seemed like a feast. There was nothing Spartan about the fare and suffice to say we dined like dons for the duration. There A diverse range of ensembles entertained the delegates. We particularly enjoyed the panache and flamboyance of the baroque ensemble Red Priest. Their amazing cellist Angela East was at the conference launching her new book on Baroque Cello, published by Stainer and Bell. The rather more proper English Mozart Ensemble presented several concerts under their leader David Le Page (the newly anointed president). I enjoyed Steve Bingham’s loopy electic violin performance even if I don’t see myself attempting to emulate it any time soon.

Voices from the Exhibition Hall: Interesting and all as the formal programme was, it fell somewhat outside my own particular interest with an emphasis on the more high end  end of the teaching spectrum . There was relatively little focus on large group teaching or the Wider Opportunities programmes. It was at the members exhibits that I found most synergy with my own  teaching activities and I was interested to meet Rachel Thomas of Musicol resources . For me the greatest pleasure was meeting well known names in the publishing world and wandering through the exhibition hall to the strains of delegates trying out instruments from the sea of  of violins on display from Cardiff Violins. It was lovely to chat to people like Alaistair Hardie, Mary Cohen, Cathy and David Blackwell about their books. Chris Haigh who I met at the London Fiddle Convention was there promoting his book of Hungarian fiddle tunes. The Hardie family from the Hardie Press had a fabulous display of  all sorts of Scottish string music . You can hear some of the interesting and eclectic voices I spoke to in the set of audio clips below.

While the conference lived up to expectations in many respects, I  have to admit, I was disappointed not to do a little more playing. Encouraged by the advance information that suggested that you 'should bring  instruments and parts  if you would like to play chamber music'  Well as I do, I  chose to avoid airline travel to facilitate lugging instruments and music . But sadly I was on a 'Haydn to nothing'.  Too late  noted  that the FAQ section gave  a more accurate picture that there would be no organised activity of this nature. My attempts to find like minded delegates foundered at finding a cellist as most  had sensibly left their instruments at home.  I include a one line summary of the presentations I attended below.
The n2014 conference is hosted by ESTA Germany in another iconic location, the Saxon city of Dresden.

Judy Tarling 'Repetition is our ally'  With her finger on the pulse, she drew a parallel between  stylistic features in  ML King's famous speech on  the 50th anniversary of it's delivery.

Simon Fischer 'The things that matter are relatively few'Some students just do it it seems without the aid of Mr Fisher's books, which incidentally are the size of three telephone directories

Rachel Stott Divide up the melody between parts , simple ostinatos, finding a narrative in music for young players.

Bruno Giuranna see tweet above . You don't alway have to start with 3rd position

Silvija Sondeckiene Worth it for the simultaneous translation from Russian to English giving a truly international flavour . Focus on Davidoff concertos - unfairly overloked in the West it seems


listen to ‘Chris Haigh at ESTA2013’ on Audioboo


listen to ‘Alastair Hardie’ on Audioboo


listen to ‘Benjamin Whitcomb’ on Audioboo

listen to ‘Chris Haigh at ESTA2013’ on Audioboo 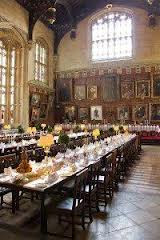 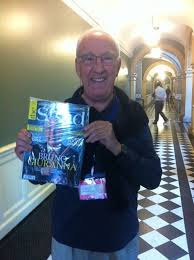 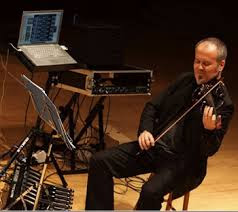 Posted by Cathy Desmond at 6:08 PM