The History Boys: This Is Waterford at the Medieval Museum 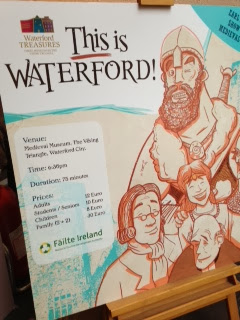 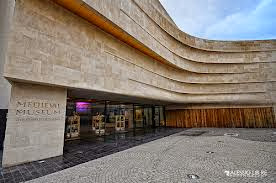 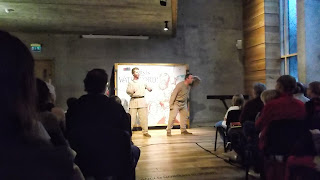 ‘This is Waterford’ is a  comedy show featuring a double act of local performers, David Flynn and Andrew Holden, drawing on a cast of characters from  a millennium of Waterford History. The show  is a sort of slapstick theatrical version of Horrible Histories, the popular history series for kids. Over the course of the  75 minutes, the two play Normans , Vikings, paupers and kings,  even a princess with great enthusiasm and energy.  There is a bit of singing, some piano vamping and of course some audience participation. It is a pleasure to hear voices projected naturally without the aid of amplification. Residents will enjoy the local gags such as  references to WLR and Munster Express critic, Liam Murphy. While some poetic licence is taken with the facts, it is good fun and what else would you be doing on a Sunday tea time. Written by Arthur Riordan and directed by Myles Breen. It continues at Waterford Medieval Museum, the city’s newest civic building which is worth a trip to see for it’s own sake . Last scheduled shows take place next Saturday and Sunday for this season.