Seti The First at the Triskel . 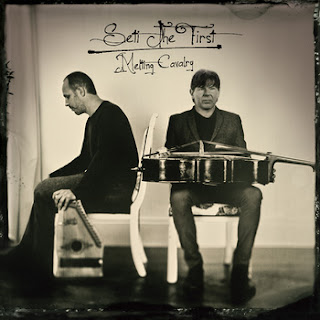 I enjoyed the experimental string band  at the Triskel last night. The venue, a neo Classical Georgian chrurch  is  visualy stunning and the lighting is used to good effect to create a theatrical ambiance .  The six piece band  fronted by Kevin Murphy boasted not just one but two cellos.   I did yearn at times for a visual element  as the music is quite repetitive based on minimalist riffs.  An homage to Simon Jeffes of Penguin Café  Orchestra is included in the play list.  There was a respectable house who responded enthusiastically  and there was a lively buzz in the venue bar,  Gulpd following the gig. We met Ger Wolfe who was there to support fellow band member Kevin Murphy.   His new album I notice is album of the month in Opus 11 Music Shop and he will performing at L'Attitude  Cafe Bar formerly known as The Lobby Bar on Union Quay  later this month . I include a link to Gary Meyler's blog post of the evening