This was my third visit to what is described Europe’s first economic festival. Kilkenomics stretches over 4 days in early November in Kilkenny the 2nd city in the South East of Ireland.

The format is a good one. It involves a series of economic debates in a variety of venues ranging from 250 person rooms to the back of a small pub that holds 25 or so. The unique feature of the event is that the debates are chaired by comedians. Yes comedians.

The set piece event of the Saturday night was  the Raymond Crotty Lecture delivered by Paul McCulley. McCulley has had a successful career on Wall Street from which he has now retired. He disputed his retirement status in a fascinating talk. He was a commanding presence as he developed his talk from assessing Democracy and Capitalism. In a very stylised talk delivered in a U.S. Baptist  preacher mode he developed his thesis to identify the dilemma Ireland faces within Europe. He argued that Ireland now  face a Democratic – Capitalism – Sovereignty axis and we need to decide where we wish to position ourselves.  An interesting thesis from the floor posed the proposition  that the bank guarantee decision proved that capitalism had failed as the banks were not allowed to go bust and the decision lacked a democratic mandate.

I enjoyed the debate  on  ‘paying our way’ where the Government’s strategy of honouring the bank guarantee was assessed with an interesting panel of Conor Lucey, Karl Whelan, Stephen Kinsella and Fintan O’Toole all of whom came across as people keen to solve the crisis but frustrated at the poorly informed mindset of the political establishment. There appeared to be a consensus that the ‘best boy in the class’ negotiation tack was doomed. This debate was chaired by a drole Colm O’Regan who was sure-footed , added a few good quips and knew his stuff.

Another  debate with O’Toole, Damien Kiebard, Max Kaiser, David McWilliams partly due to the poor and flippant involvement from some of the panellists and the chairman Neil Delamere was flat.  I squirm when there are significant guests from overseas who are forced to endure the Irish obsession with viewing economic events through the prism of  our property prices.

Veteran of the event Bill Black was another popular panelist with his ability to distill the  horrors  of the banking crisis into simple language and point out that it was easy to foretell. I was disappointed to miss the sold out event that looked at the 'Economics of the Wire'. The host of this site reports that Colm O'Regan's Mammynomics was a hoot. 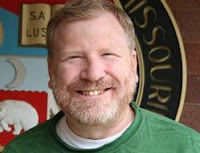 Kilkenomics and its promoters  are to be commended on a fine job and attracting an eclectic mix of contributors. The increasing crowds for the festival is further evidence that there is an audience for intelligent debate.