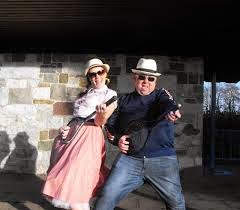 I walked the boards of the Theatre Royal twice; once as a cowboy in an Irish language edition of The High Chapperal, and on another occasion at Oisín in Tír na nÓg  complete with aluminium foil-covered spear Kevin O Sullivan Irish Times
In tune with a town that is proud of it's theatre tradition, Kevin O Sullivan, editor of The Irish Times set out his artistic credentials in his launch address by referring to his own early experience of threading the boards. Imagine Arts Festival presents two critically acclaimed  productions at the bijou theatre space at Central Hall. In Fred & Alice and Counter Culture we hear voices from the edge in productions pared down to the essence of good storytelling.
Described as a blistering headwreck played at a hilarious pace, Fred and Alice written by Cork playwright, John Sheehy is a quirky love story  based on an  endearing  couple, both of whom have OCD (obsessive compulsive disorder). They meet in an institution, fall in love, and strike out together and navigate the ups and downs of life, each with their own coping strategies. Describing his characters, Sheehy said 'Fred and Alice haven’t accepted how they should behave. They have found their own freedom. They create their own world and make their mistakes.”  Fred and Alice stars Ciarán Bermingham and Cora Fenton in a Callback Theatre Production. 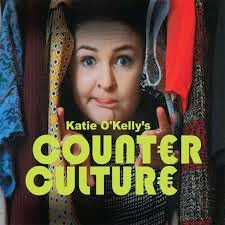 In Counter Culture written and performed by Katie O Kelly,  there is a resonance in current business affairs as  reports on a union and hospitality sector clash proliferate in the media and the term  zero hour contracts enters the everyday lexicon. From a the springboard of Bewley's Café Theatre, this 'Show in a Bag' production garnered great reviews at the Edinburgh Festival and earned O Kelly significant plaudits.  With the spirit of Larkin hovering, she delves into the world or fashion retail, a labyrinth of sequins, hangars, sales targets and bunions, where the customer is always right. The inequities in the modern shopfloor are viewed through the eyes of four long suffering employees at Macken's Department Store.  Counter Culture is directed by the doyen of the one handers, Donal O Kelly.