In Ennis,  the sun shone as an influx of bibliophiles descended on Clare for the annual niche festival devoted to that  loquacious form of social collective, the book club. The format of walks and talks and the opportunity to connect with  authors  proving  to have an enduring appeal for the literary inclined as  for a seventh year,  venues buzzed with wordy chatter over the three day Ennis Book Club Festival .  Here is a round up of my festival experiences. 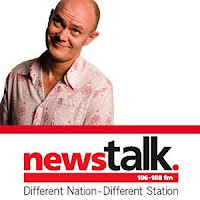 10 Books You Should Read : An intense  hum of conversation resounded in Glor foyer  on Saturday morning as  punters  gathered to hear selections by radio folk, Sean Moncrieff and Áine Lawlor for one of the most popular events of the weekend.  Moncrieff's selection was quirky and he made an entertaining and  articulate case for most of the titles, communicating such  a genuine enthusiasm for the eclectic list that you would almost forgive him for the indulgence of reading at considerable length a rather bleak and dreary passage from his own book. Áine Lawlor, by her own admission, was 'ill-prepared' for the session and her selection of  several pairs of well known titles  by the same authors seemed to misread  the bookish audience. More titles you should re-read perhaps?
I include the selections of both speakers below

This is a tricky format for a live event, being essentially a one to one  interview with the audience as voyeurs.  Grand on radio but in a large black box theatre with hundreds watching eyes , it can't be easy to create that sense of intimacy between interviewer and   interviewee to draw out the best insights.  Sometimes it can sizzle particularly if the authors have a sense of the dramatic and Lynne Reid Banks with Kevin Barry  and poets Paul Durkan and Thomas Lynch  had a performance  element that made for  memorable evenings from past festivals. Both interviewees this evening were genial and forthcoming and Rocks as always had done his homework, although not afraid to ask the simple questions  On Rwanda he asks the acclaimed BBC broadcaster. 'What do you do with memories like that'  You just don't think about it' the reply. 'Keane was as good as I've ever heard him' exclaimed one bibliophile.  Marina Lewycka, author of a Short History of Ukrainian Tractors  was a charming and gracious guest. You can get a sense of her style in her webpage which includes transcripts of interviews with the author..

Politicos and Journos
Sunday Symposium  'I am an anarchist an eco warrior' declared Alex , a bibliophile with an interest in Bolivia and acontributor to the Q&A at the Sunday Symposium .   No loafing around in bed for the hardy species of  book club bibliophile  hibernicus  and there was full house in Glor on Sunday morning for a symposium on power and corruption  with journalist Elaine Byrne , academic Brian Lucey and politicians Roisin Shortall and Mary O Rourke. ' Reponsibility without power' was her downfall remarked Shortall ruefully on her departure from' office. 'We co-opt to corrupt' said Brian Lucey, on the pervasive nature of corruption Irish style. Power without the fun of ever being in the infamous Galway tent -Mary O Rourke distanced herself from corruption, Fianna Fail style .


Buskers
Readings in the Dark   In contrast to the large auditorium events , one of the most enjoyable events took place in the  small independent book shop Scéal Eile . In the cosy space in the light of candles and a wood burning stove Darren Killeen of Hounds Hollow Productions presented a selection of readings from James Joyce and Bram Stoker.  Galway writer, Alan McMonagle read from his own anthology of short stories Liar, Liar.  James Fleming  after a nod to local hero Johnny Patterson launched into a hilarious monologue on the life of a statue-the busking variety not the inanimate kind, a scene in which sees him interviewed by Sean Rocks , a case of art imitating life at Ennis Book Club Festival. 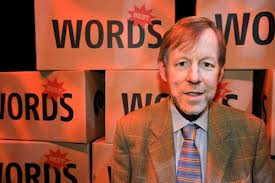 Remembering Dennis: Poets and friends gathered at the Ground Hotel to pay tribute to the late Dennis O Driscoll. The poet was due to read at the festival, I was privileged to be invited to contribute some musical punctuation on violin. The poem that caught my attention most was 'The Light of Other Days' a humorous rant on the poet's dislike of John McCormack, tempered by his father's penchant for the mawkish ballads and a moment where the melody choice of  Oft in the Stilly Night chimed with the texts.  I include my selection below.

For a seventh successive year we say bravo and thank you to the hard working committee who under chairman, Ciana Campbell brighten the early Spring Days for a while by drawing entertaining guests and generating lively conversation in the Clare county town. There was so much more that I didn't get along to with celebrity authors. John Banville and Joseph O Connor in town on Friday. My sources tell me that Michael Harding was most beguiling at his morning reading from his memoir hot off the press.
It was great to see the events well attended due  no doubt to a well managed publicity campaign and our compliments also on the beautifully printed notes accompanying each talk. We wouldn't wish to be anywhere else but at home in Ennis  for this excellent festival. Wishing all involved continued success in their  endeavours.

For a flavour of sights and sounds from 2012 have a look at the video below.


My Musical Selection for Remembering Denis