'Curiously, the musical world of the Seventies seems a whole lot closer than and certainly more acceptable  -be it as kitsch or cred-than it did in  the Eighties.  Album covers like the works of art that sleevd Hapy to Meet and Sorry to Part and The Book of Invasions solidified the notion that here were people with a vision, people who cared about what they did- daft outfits not withstanding' . Irish Folk Trad & Blues Colin Harper, 2004


Horslips occupied an unusual place in my musical conscience, familiar more  from retrospective awareness but also just hovering at the edge of my teenage musical experience. I have a dim and distant memory of hearing them at the Savoy Theatre, Waterford  (now a bookshop) in the late seventies. While they made a distinct impression,  I wish I could say I recognized them then as the legendary epoch making artists they subsequently became but I was a New Seekeers kind of gal with my taste more pop orientated  than towards the progressive rock offerings from the aclaimed trailblazing celtic rock supremos.


Of the original line up, while most  pursued alternative careers, guitar player and  lead vocalist Johnny Fean has been gigging with  various  line ups since the band split up in 1980. I heard him earlier this year with the House Shakers Blues Band  at a terrific gig in the Shannon Knights Club in Shannon and was looking forward to hearing him at The Highway Bar, Crusheen  with bass player Stephen Travers  best known for his work with The Miami Show Band. The guitar duo with Kossovan drummer Blendi Krasniqi played an extensive set of hits from Happy to Meet and Sorry to Part  and The Book of Invasions with some  numbers from the Zen Alligators catalogue, grass root blues and  some trad tunes on mandolin.  Travers  added bodhran rhythms on low bass ensuring this was trad unlike anything you might  hear in the Irish music  heartland of Clare. 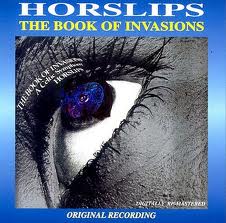 Vocally Johnny sounded a little strained,  but  the lyrics were familiar and the vocals were interludes between extended guitar improvisations rather than the other way round and it was his ace guitar playing we had come to hear.  Opening with the anthem  Power and the Glory from the much lauded  album, The Book of Invasions  he slowed things down with a most unusual electric  guitar take on the beautiful slow air My Lagan Love. Stephen Travers  on bass guitar was an excellent foil to the manoeuvres on lead guitar and the walking bass on Got My  Mojo Working firmly   established the sense of ensemble between the two artists, both seeming to relish the collaboration. By the time he got to 'Further on up the Road' , Johnny was in the zone.

The Highway Bar is quite an intimate venue for an electric rock gig but there was a sense that the punters were fans  and enjoyed the  intimate setting more used to  accoustic gigs.  The audience was a mix of  50 somethings with more concrete memories of Horslips gigs than mine and some younger music fans coming to the music retrospectively. For once the cries of ‘Legend’ from the younger members seemed appropriate.

Promoter, Frank Hayes of  the Island Music Club
managed the  difficult task of filling the venue whilst balancing the pre-booked list  and squeezing in those that rolled-up at the last minute. Nobody was turned away even if it was a bit of a squeeze. Frank does a  great job in promoting  affordable live music in venues around Clare and tells me he has a number of attractive gigs in the offing.

Afficionados in the audience included   a principal of a local secondary  secondary  school who, no doubt, has seen an amount of electric guitar players through his doors and 'Stoney' Walls, saxophonist and vocalist  with the House Shakers Blues Band.  An amount of vintage Horslips t-shirts were on display, but, reflecting the years that have passed  looking a tad more stretched than when they were first donned.

Happening in that wilderness that is Twixtmas, Fean and Travers were  perfect programming to blow away the post Christmas blues , a sharp refreshing antidote to seasonal fare and   and as  long as Johnny  Fean is gigging the spirit of Horslips will continue to permeate the Irish  music  scene.   The Fean & Travers website is here.
Power and the Glory.
Fantasia (My Lagan Love)
Got My Mojo Working
Berlin Wall
Girl You Really Got Me +
Black Magic Woman
King of the Fairies/Bhíos Lá PortLairge
Further Up the Road
Mandolin Set Rakish Paddy and another
Keep On Running
Shakin All Over
Johnny's Wedding
Mason's Apron /Dingle Regatta/Polkas
Trouble
Honky Tonk Woman
Soul of Light
Dearg Duinn

www.claregigs.com
Posted by Cathy Desmond at 1:34 AM