After dallying in the fringe,   I set out to visit as many of the six main venues of the Edinburgh  International Festival as possible. I got to four of them. Here is a round up of the highs and lows of two days at EIF 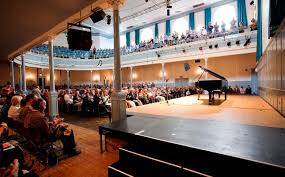 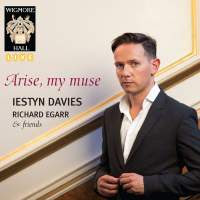 was joined by a  lively period instrument  ensemble under Richard Egarr in a programme of English Baroque music mostly by Purcell at Queen's Hall. It was thrilling to hear the beauty of tone and immaculate ennunciation of Davies' otherwordly voice in the packed 19th century wedgewood blue hall.  The concert was skillfully paced to maximise the capacity for varying sonorities within the instrumental ensemble. The ensemble of eight ncluded a quartet of strings with Croatian violinist Bojan Cicic, two recorders and theorbo/ baroque guitar showed their flair and agility in a suite by contemoporary, Blow.  Thrilling ***** Listen to the BBC Radio live broadcast here  http://www.bbc.co.uk/programmes/b065xbqtStunning 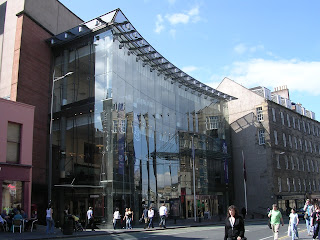 this show was the venue, a large modern theatre space with a curved glass front. Experimental flamenco is likely an aquired taste. The show with a Holocaust theme of Nazi extermination of gypsies but it would have been hard to pick that up unless you read the notes. The piece appeared to be an very self indulgent vehicle for leader, Israel Galvan who opens the procedings with a fidgety  unaccompanied sequence that lasts for twenty minutes or so before he is joined by a singer and a guitar.'He likes to use objects on stage' said a foyer afficionado. Well so did Fred Astaire- remember him  dancing with a hat stand?. Galvan does spend a lot of time twanging a beat up piano carcass before he moves on to get maximoun sonic value out of  four  metal beams. When he leaves the stage to two other female soloists he retreats downstage to play  a second drum set to augment the bass drum pedal of which there is  already a lot threaded throughout the score. Tedious  ** 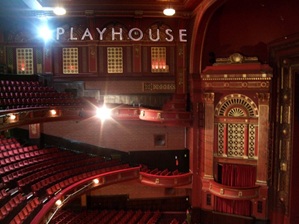 Edinburgh Playhouse: Edinburgh Playhouse is one of the UK's largest theatres. The former cinema based on the Roxy in New York has a charming faded elegance about it and there was quite a buzz for the first night of a performance of Seven, with choreography to Mahler's Symphony no 7  presented by Ballett Am Rhein. The large  troupe from Dusseldorfwere accompanied by the home team Royal Scottish National Orchestra. The style was modern, quite elegant nothing flashy, the costumes monochrome black and white. I note Cork School of Music Mark O Keeffe was listed in the trumpet section. 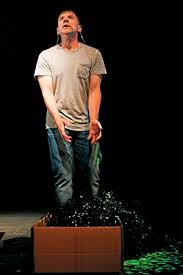 EICC Conference Centre: Edinburgh's Conference  Centre is conveniently located in the town centre. Simon McBurney's
piece reminded me of one of those immersive  theme park experiences but without the visual element. McBurney, looking like a stage hand in jeans and teeshirt  stands on the grungy stage littered with plastic bottles and discarded unreeled video tape and begins by explaing the technology before telling the story of National Geographic photographer who gets stranded in the jungle and his encounter with an indigenous tribe. A long sit for a two hour monolgue, a feat of endurance for audience and performer. More a high tech radio than a theatrical experience

Still to visit the Usher Hall:
Posted by Cathy Desmond at 9:32 AM