Note Jan 2016 : Looking back over the years' events, I noticed this report on the Galway Midwinter Festival languishing in the draft section.   This year's festival is  titled 'Captive Music from the Abyss' Read more about it here http://www.musicforgalway.ie/#!midwinter-festival/cyxe 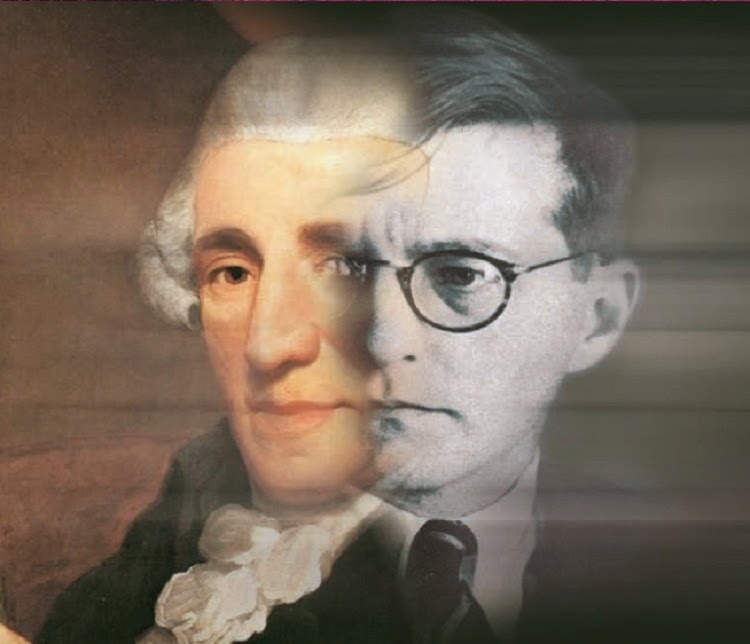 I don't often get to Galway but a fine sunny day and an afternoon time slot and an opportunity to hear a range of top class performers in one fell swoop prompted me into making the trip from Limerick  and I was glad I did. Here is my review of the final concert of the Midwinter Music Festival.

Review Midwinter Festival Galway
Soundtracks for Superpowers was the catchy  title for the Midwinter Festival in Galway , a weekend of chamber music performances juxtaposing two composers centuries apart whose work was inextricably linked to the powerful patrons they served.  In his second festival as Artistic director, Finghin Collins used the format which has served him well in the New Ross Piano Festival.  Rather than assign one ensemble to an event, a panel of high calibre performers participated in each performance thus imparting contrast of timbre and style. There was a convivial salon ambiance with Collins and his committee front of house to greet patrons and performers sat in the audience to listen to colleagues. These little things mean a lot.

What’s finer than a string quartet – two string quartets. On Sunday afternoon, the visiting Carducci Quartet were joined  by the home team, Galway Ensemble in Residence, the ConTempo for two pieces by Shostakovich.  Both quartets were well matched in their animated vigorous style of playing and it made a change to hear something more modern and robust than the Mendelssohn Octet.
The first half nicely set light against shade. The ConTempo  Quartet  opened with a playful  Haydn quartet, the Rider named for it’s jaunty opening bars. The quartet play with a unanimous energetic delivery that often sees them momentarily  lift off their seats.  The Carducci Quartet  are soon to  embark on performing all fifteen Shostakovich quartets around the world.  On Sunday we heard their  committed performance of the mighty eight, the most popular,  inspired by the destruction of Dresden in WW2. The young  quartet  delivered  the three solemn  largos with a degree of gravity and poise that conferred an almost  palpable stillness on the auditorium.

A regular in opera houses in France and Spain, it was good to hear Irish soprano Helen Kearns perform here.  She brought out the drama of conflicting emotions in Haydn’s vocal piece, Scene from Bernice in a rich but controlled coloratura voice.  With a virtuoso pianist shaping the programme, it is no surprise that piano featured prominently over the weekend.  On Sunday , Collins was joined by Bogdan Sofie and Adrian Mantu of the ConTempo  in a spirited  performance of the youthful Piano Trio in C . The festival was officially opened by the Russian Ambassador.  All ten performers took to the stage at the Town Hall Theatre  for a communal final bow at the close of a stimulating event.

If you like the sound of this programme, check out the New Ross Piano Festival in September
Posted by Cathy Desmond at 2:23 PM