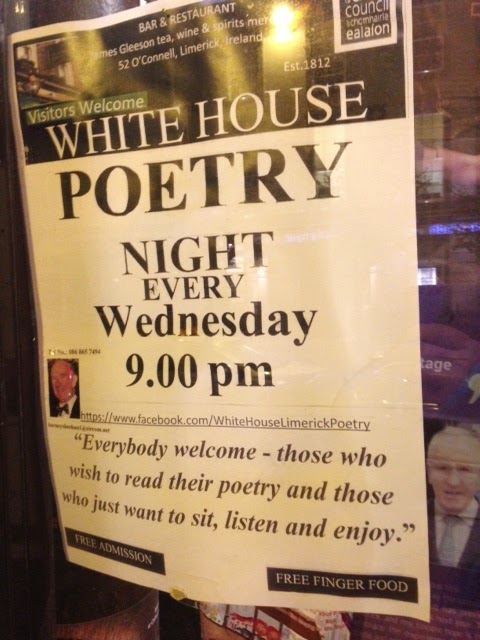 In the heart of Limerick City but a million miles away from the politics and big budgets of the City of Culture there's a timeless tradition going about its business  in the White House pub.

A bunch of writers gather to read their work to each other and to those who are there just to listen.

An impromptu running order is developed. The poets proceed to the stage when called and recite their own work or that of others.

Last week there were poems of loss, violence, a very funny one about Elvis still hiding out in Limerick and one as gaeilge. For the week that was in it, the Percy French poem about the Queen's After Dinner Speech was given an excellent airing.

Interestingly, some read from dog-eared copybooks, some from those new-fangled, pesky smart phones and others recited from memory. 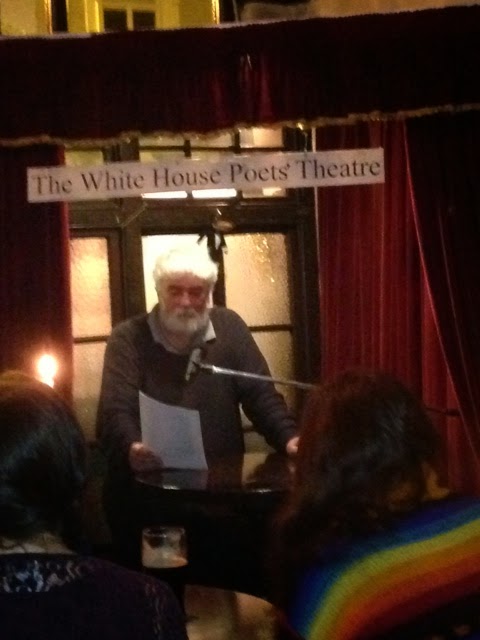 The event is free you can buy a drink at the bar and there's complimentary hot snacks thrown in.

Bravo to all involved and long may it run.

You can read a report on their  bard brethren the Three Legged Stool Poets  from across the Shannon here
Posted by Cathy Desmond at 11:48 AM