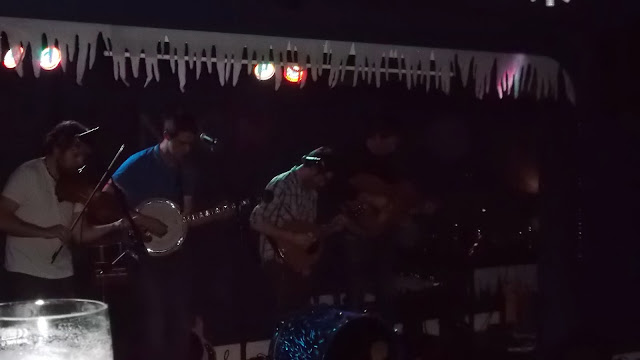 The regeneration of the Mall area in Waterford continues with the reopening of the Reginald Bar and Nightclub last month. Renamed as the Reg, there is an impressive lineup of live bands each weekend, with free admission before 11pm.
I nipped in last night to see Newfoundland, a band who played an energetic mix of folk and contemporary song with  numbers  by Bob Dylan , Arcade Fire , Mumford and Sons among the set list.
The band have recently returned from a tour in Norway where their finger picking string style went down very well. The skill level was impressive and moreover, instruments were swapped around which must keep things interesting.
There was a good crowd and a  holiday mood prevailed Unusually for a nightclub, there were quite a few parties of parents with grown up children, home for the holidays.

Newfoundland play will have a residency on Sundays from the 12th January at The reg. 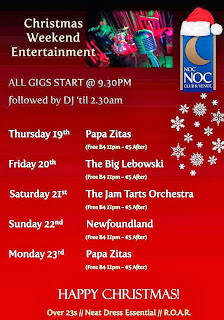 Posted by Cathy Desmond at 7:58 PM