Bach to Bacharach: A Week in Waterford 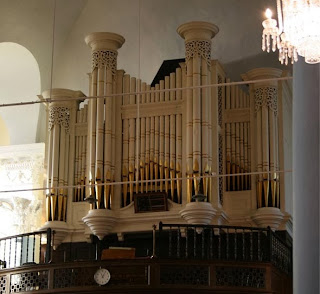 There was lots to enjoy in Waterford this week, e Here is a roundup of what I heard over the last seven days. There were at least as  many events again that I missed. The Van Brugh Quartet were guests of Waterford Music Club and there was ballet and Broadway musical numbers in the Theare Royal.

Sunday. Twin Cathedrals The splendid organist, Cecilia Kehoe played Bach's G minor Prelude BMV 541 in the Cathedral of the Most Holy Trinity following 12.00 Mass. It was  a busy morning for Cecelia as she was on duty earlier at the Christchurch Cathedral organ.Next week you can hear her accompany the visiting Waterford Male Voice Choir  at 12.00 Mass at Barronstrand St. 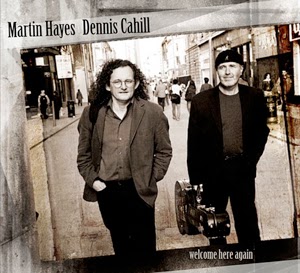 In the afternoon, the  master fiddler, Martin Hayes  was in Garter Lane with accompanist Dennis Cahill. I like Sunday  afternoon events especially in Winter when a reluctance to leave the comfort of home on dark cold evenings is a deterent. The mood was somewhat reverent for the much lauded fiddler generally agreed to be the doyen of the  lilting Clare fiddle style. I can never hear jigs and reels without longing to see some  feet to add  dancing dimension to the tunes. Speaking of feet-Who needs a bodhran player when you have  two strong feet.  Martin Hayes provided his own percussion accompaniment by stomping both of his to  the beat throughout the entire set relenting  only for  the slow airs. It wasn't an enhancing effect. He was preceded by young Tramore fiddler, Rebecca McCarthy Kent accompanied by John Grant.  With both duos, I found myself pondering on the role of the guitarist accompanists in Irish traditional music. Cahill was always subservient to the fiddle. offering a  distinctive sparse chordal drone accompaniment.  Even in jazz, the accompanying player is indulged with the occasional solo moment .

Monday :  There was more  Bach at the Good Shepherd Chapel as part of the Mondays at the Chapel, series under the auspices of WIT Music Department. Malcolm Proud , a major player in the international early music world played a Partita (E minor) on Harpsichord. and all for free. What a shame not to see more of the music students in attendance.

Wednesday: No Bach at the Wedenesday night Ukulele Club at Downes Pub. but the mix was eclectic  This is early days for the club, which is open to beginners and improver uke players. Fancy having a go.? We will lend you uke and teach you three chords .  More details on the Deise Ukes facebook page

Friday : The Barrack Street Concert Band paid homage to the ouevre of Burt Bacharach with a gala concert at the Theatre Royal. This was by any standards an impressive production. The  large concert band provided the music. Guest vocal soloists Red Hurley and Kathy Nugent added the lyrics . Hard to believe that it was Kathy Nugent's first performance at the Theatre Royal. There was a charming children's choir and musical director, Mark Fitzgerald  paused in his baton duties to offer a lovely instrumental version of Alfie on fugelhorn.  (Oddly enough there was just one duet as an encore.)  Bravo Mark and BCB. So proud of ye!

Further on down the Mall, it was cheering to see two new ventures opening this weekend.  We were greeted by owner Trevor Predergast for a post show beveridge at  new tapas bar The Olive Tree and a  decent live band, Thank Funk were on the platform at the official re-launch of the Reginald Nightclub.  The band made up of music students from WIT were energetic but were let down by a lack of resolution in the sound system. Another way of saying -It was too loud. But I would say that wouldn't I There was a mix of age groups as punters looked in to relive their younger Gig dancing days.

Saturday: We started the week at one cathedral and finished it another. Both were designed by the same 18th century architect John Roberts  Saturday was devoted to the beguiling melismatic world  of early chant and song at a workshop facilitated by Hannah Fahey of vocal group Sionna . The event was part of the Cathedral Arts programme at Christcurch . Music though is  all about context and I felt the event would have benefited from being a attached to a  liturgical matins or evensong service.