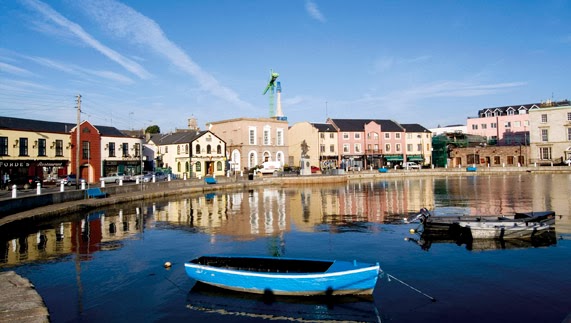 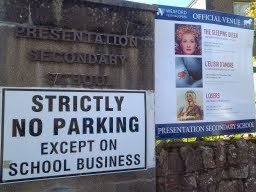 I've been many times to the Wexford Opera Festival but this year I saw it from a different perspective as correspondent for The Irish Examiner. My roundup of the 62nd season is here

Impressive as the main productions were, there was loads to enjoy at the  fringe festival. I saw two of the short works which are terrific value at €25 and if you don't like them are not going to detain you too long. The one act comedy, The Sleeping Queen by Irish composer, Balfe was given a quirky Glee Club/ Horrible Histories treatment and was pleasant enough if not compelling.


I loved Richard Wargo's Loser's.  Director, Conor Hanratty  created a familiar stage set for the tale of small town Irish life in the 50's that is right out of the  amdram world of John B  Keane complete with pictures of the Sacred Heart and Pope John. In this work, Wargo had worried less about setting Friels' text and the results were   more engaging than his setting of Winners, an earlier work based on of another  Friel story. 'I grew up with the music of Puccini and Britten and the theatre of Rogers and Hammerstein' said Wargo when I spoke to him briefly after the performance  and all those elements can be heard to in this work. The pair of settings, Winners and Losers known as Ballymore should make a very suitable work for an Irish company.  This work was one of my highlights of the festival. I was  sorry to miss Back to  Titanic, a nostalgic selection of music played on the ill fated liner. It featured Kelley Lonergan, a young singer from Clonmel one of the rising stars of the Irish operatic scene. I interviewed Kelley and hope to bring that interview on a later post.

The short works were again staged in the Presentation School Hall. This space leaves me cold. I don't find it convivial The seating is not comfortable and the view from the back of the hall is not great. I have seen local musical societies work harder to make this sort of space work. Temporary tiered seating is surely worth considering and why not a  display of old programmes and posters to liven up the foyer / school corridor.  Without the short works going on in Whites as in former years, that hotel does not  appear to be the lively festival hub it once was.

The weather was mixed this year. Racegoers had to brave the rain and wind but there was a lovely fine evening for the opening fireworks. The poetic litany in Eoin Colfer's launch speech must have included every denizen of the town and is powerful stuff. You can hear it in this link here.

There is no doubt that Wexford do what they do very well indeed.  It might not have the heat of an Aix en Provence but it does have charm and a great range and breadth of events. I met many patrons from overseas who travel here year after year drawn by these elements . Some I spoke to expressed alarm about  the bringing forward of priority booking dates for the 2014 festival.  Prices for the main productions may not be high relative to London prices at €100 or so  but are relative to other arts experiences in Ireland.  Whether they can attract sufficient Irish patrons to ensure the near capacity houses they need to be viable will be a challenge.

listen to ‘Pete Lennon at Wexford Opera Festival’ on Audioboo


listen to ‘Helen Gaynor at Wexford Opera’ on Audioboo