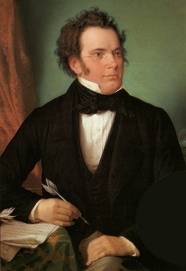 Anticipation  was in the  air in Earlsfort Terrace on Sunday.There was clapping and cheering and a jazz quartet to serenade the English rugby team as they trooped out of the Conrad Hotel to board their team bus for the journey to Ballsbridge for their Six Nations  clash.  Across the road in the National Concert Hall, Conor Biggs was warming up for  the first Irish leg of an audacious musical odyssey in which he plans to perform all 600 or so of Schubert's songs, even the girls' ones  in a series of 35 recitals repeated in four locations over a ten year period, a feat never before attempted by any singer. 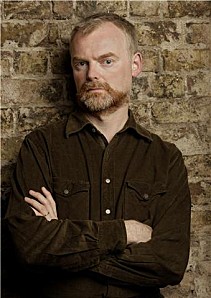 Biggs, accompanied by  pianist Michael Stas began his Schubertreise with the song cycle Die Schone Mullerin in the Kevin Barry Room of the NCH just as the ball was being thrown in at the Aviva Stadium. And what an emotional roller coaster the first part of this journey was. The bass baritone seemed totally consumed by the spirits of the four protagonists of the songs and  his musical recounting of the tragic tale of the young miller starting out in cheerful optimism and ending in despair and tragedy  had an intensity that compelled your attention at every moment of the hour long recital.  There were no tickly coughs in this audience. The texts of Muller's poems were provided with translations in decent sized complimentary programmes  The concert closed with the a solo piano transcription by Liszt beautifully played by Stas acting as a  sort of  musical decompression before the audience repaired to the foyer to meet the performers.


Biggs has lots of interesting observations about the whole business of lieder singing and Schubert's songs on his artsong blog . This from a post on 'Poetic Imagination' is revealing of his approach

'On the recital platform, theatre and poetry are indivisible: the singer must act with his or her voice alone, just as he would if reading a straight poem. And the key to vocal acting is poetic imagination.'

There is plenty on the nitty gritty process of learning the repertoire and memorising that is very interesting.

It was the first time I have been at a recital in this room upstairs in the venue and I thought it worked very well for this  event and had a much better acoustic than the John Field Room. There were  many noted composers and musicians in the audience including  Raymond Deane, Padraig O Cuinnegain and Professor Gerard Gillen. The audience lingered a while in the foyer to meet the performers. The journey continues with another recital next Sunday.

The duo plan to finish their reise in ten years with the song cycle  Winterreise.  I hope to be there and I was glad to be  in the Hall for the start of this amazing journey. Wishing them both well in their brave endeavour.


Venue Notes NCH
I arrived early and was surprised to find the foyer very quiet . The Terrace Restaurant was closed and the foyer coffee bar didn't open until 2.35 for coffee and what were delightfully described as 'mini pastries'  perhaps in an effort to manage expectations of larger confections. But  if you were of an impulsive nature and rolled up expecting to be able to snaffle a pastry or two, you were out of luck for such treats were only available for patrons with the foresight to pre book,  which created a ripple of bemused disgruntlement. Mind you should I be so fortunate to be so prescient, I  should want to enjoy them for longer than the twenty minutes or so allowed by the timetable.

Posted by Cathy Desmond at 3:27 AM