A chatroom, a drunk & a farce - A night at the All Ireland One Act Finals 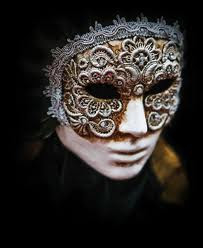 The All Ireland and One Act Finals commenced this evening at Glór in Ennis. This is bumper week of live theatre in Ennis kicking off with two sell out houses for  Big Maggie  This competition is  sponsored by Mace and runs over the weekend with eleven groups from around the country converging in Co.Clare for the best in amateur drama.

Before we entered the theatre there was a spectacle as costumed performers mingled with the theatregoers  to a musical background. Being somewhat unfamilar with amateur drama competitions I was a bit unsure of what the expect but the fare on offer was terrific and it was a great night.

There was a brief set of formal speeches with local amateur drama stalwart Allen Flynn, chairman of the event and the  distinguished theatre actress Marie Mullen amongst the speakers. The MC for the weekend  is John Finn and he has nice jovial manner with a wry sense of humour and connected well with the audience tonight. There is an excellent programme that covers the whole weekend.

Tonight we had 3 plays;

Reviews
The first play was Brenton v Brenton by David Tristram and was directed by Valerie Traynor.  This show was produced by Breffni Players from Carrick-on-Shannon in Co. Leitrim. This play is  a farce set in a wonderfully presented  advertising agency with a group  of  extravagantly drawn characters in  a bizarre storyline. The opening monologue delivered by Deke Brenton (Dessie Doyle) on the topic of condoms was very  funny and engaged the audience immediately. The script entailed  a lot of quick-fire dialogue reminiscent of the Marx Bros and there was a bewildering array of entrances and exits all timed to perfection. Caroline Burke was the stand out actor in the role of Lana Brenton the extravagant in everyway female lead.  There were a lot of non verbal props deployed to enhance the script and they worked well. The set was designed by Angus Dunne and Valerie Traynor. A strong production  and great start to the weekend. 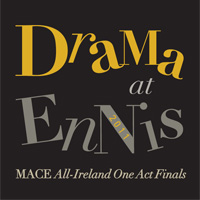 The second play was 'The man who climbed pecan trees' by Horton Foote (screenwriter of  To Kill a Mockingbird) and directed by TJ Duggan. The company was the Prosperous Dramatic Society. This play concerned the travails of a  family in Texas during the Great Depression. It reminded me a of a Tennessee Williams piece in terms of the mood and the theme of family angst. The family has recently   enduring hardship with massive business losses and fraud amongst its problems.. A pivotal character  is a stoic mother well played by Zita McGarry Kelly who is trying to hold things together. Ashleigh O'Neill as the emotionally  wounded and suffering wife  delivered a fine performance The key character is Stanley who is an alcoholic  and delusional about his sutuation and has taken to climbing up a tree when under the influenbce. This part was superbly played by Robert Massey who is required to play a drunk thoughout the play and managed it wonderfully whilst mastering the emotional requirements of the role. The final scene with Stanley and his mother was very dramatic.  This was a powerful piece of theatre and was well received by the afficionados.

The third play was Chatroom by Enda Walsh and directed by Philip Byrne. The group is Brádán Óg a youth section of the Brádán Players from Leixlip. The notable thing about this production is that the actors and director are all in the 18-21 age group. The concept of the play is novel; 6 characters communicating with each other in a chat room. So they don't speak to each other directly. Rather, the dialogue is to the ether. All actors remained to the front of and on stage throughout. The plot  progresses from chit-chat to cyber bullying and discussions of suicide. The play is clever and we see the real charcters become more rounded and sinoster and in two   cases progress to encouraging death. Sine Furlong played a compelling role as Eva and Kenneth Byrne was very believable as the arch bully.  Ciara Gore as the former anorexic also deserves a mention. John Dennehy as Jim was the star of the ensemble. He  played the  part of  troubled child that become the confused teen. He was very convincing as the vunerable teenager susceptible to the influence of those terrorising him. There was a movie insert to the piece that worked and sat well with the online conceit of the piece.  Credit to Conor Biddle on  lighting and Patrick Byrne on sound who supported the actors hugely.  Director Philip Byrne did a fine job in pulling all the strands of this innovative production together.

A word for the adjudicator Anna Walker who summarised the key pros and cons of each play immediately afterwards in a professional and comprehensive manner.

A great night of live theatre with three very  contrasting works and an   appetising   start to the weekend. I hope to return.

John Hartery
Posted by Cathy Desmond at 10:43 AM