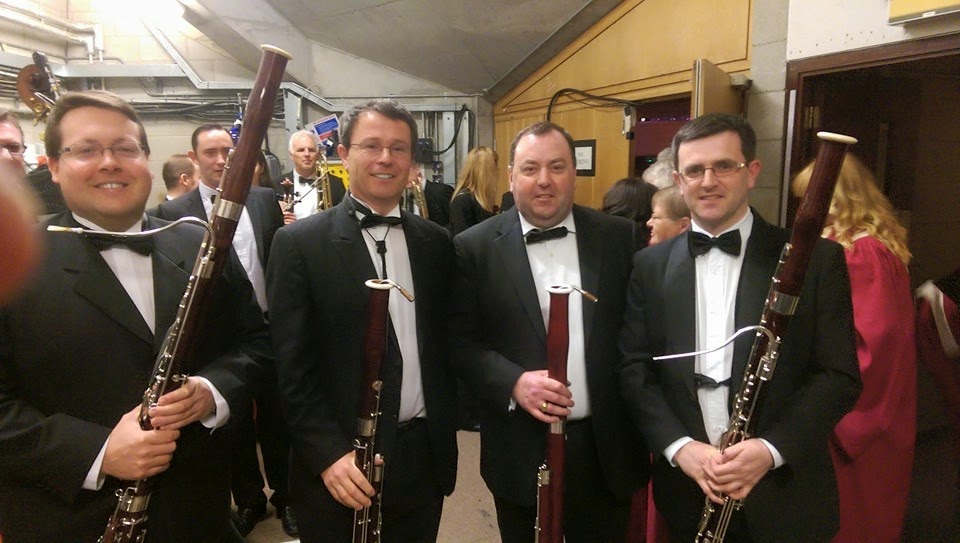 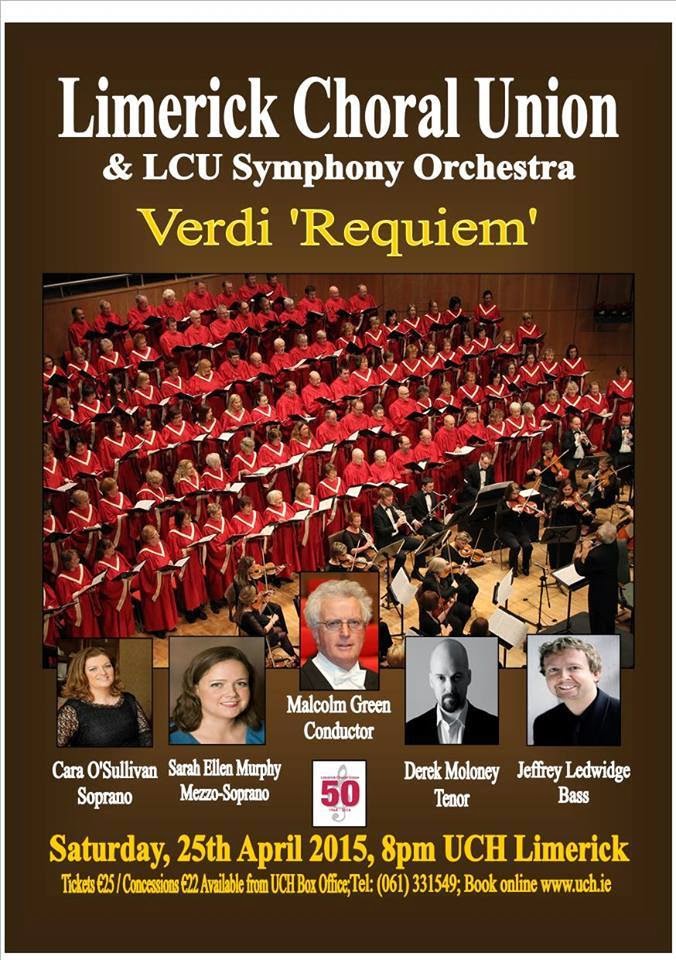 I am just back from playing for a wonderful Verdi Requiem in Limerick, closing a 49 year interval since the work was last performed there.  An impressive operation combined the forces of a terrific 100 strong  choir, four excellent soloists and a fifty strong orchestra under the  baton of Malcolm Green. It was a marvelous endeavour and wonderful to be part of it! Among the audience at the full house was Kieran O Gorman, director of the LCU from 1966-72 and who I believe was at the helm when the work was last performed by the ensemble.


I was amazed to see lined up behind my desk, like some rare alignment of planets, four of that rare and slender reed-the bassoon, adding a double strength  darkness to the rich orchestral palette. There is nothing like bassoons to strike a mood of  'wrath, calamity and misery'. I am sending a special round of virtual applause to the fine quartet, Michael Dooley, Keith Sutherland, Arthur Fallon and Michael Sexton.   If that wasn't excitement enough, a triumph of no less than eight trumpets led by the formidable Sharon Brookes  blew the cobwebs out of the UCH rafters with a 'marvelous scattering of sound'


On bassoon matters, I note that one  of tonight''s quartet, Michael Dooley will feature as soloist in a Mozart Concert at the UL Summer Proms on May 9th continuing a trend of showcasing less frequently heard instruments from this ensemble conducted by Liam Daly.