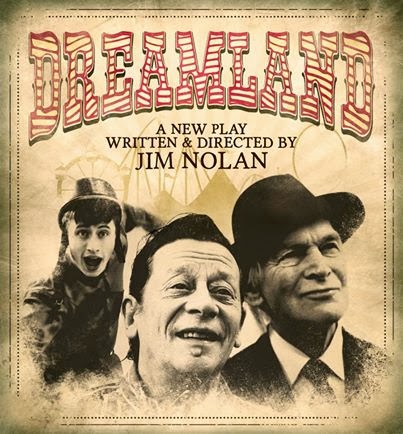 In Waterford at the weekend , without any festival fanfare,  there was a feast of culture on offer. There were full houses at the Theatre Royal for Finbar Wright and Jack L. Christchurch Cathedral was packed to hear Finghin Collins play Gershwin and previews for Dreamland, a new play by Jim Nolan were sold out in Garter Lane. (The list is by no means comprehensive). The  play opened officially on Tuesday night at Garter Lane Arts Centre in Waterford to a full house and a standing ovation. There was a  spirit of  quiet pride in the air. Waterford residents are rightly proud of  author, local native Jim Nolan who has played a huge role in making Waterford a national beacon for theatrical activity  both as a writer and director. And pride also in the venue which celebrates 30 years of ventures with this production.

There was a certain weight of expectation given the quality of Nolan's canon but Dreamland delivered  with a strong cast of no less than eight players and the quality of the writing. The play is set in a 1930's seaside village. The plot hinges on an imaginative but deluded scheme to open a theme park in a seaside town  set against a backdrop of  the political tensions of lingering civil war resentments and the repressive activities of a quasi-fascist movement. The international context is referenced with the arrival a Jewish clarinet player and his daughter  played by Michael Power and Holly Browne. There are resonances with  Nolan's play, The Salvage Shop with gas masks and a 1930's generator featuring in the clever set  set design by Dermot Quinn. The struggle against fascism was a central element also of The Guernica Hotel set in the Spanish Civil War premiered at Garter Lane in 1994.


It was wonderful to see and hear the stagecraft in the sage like Doc played by veteran actor,  Des Keogh.   Brendan Conroy plays Kinnane a returned Yank, a Quixotic character full of hope and schemes.  The title refers to his plan to convert  the  bones of a washed up whale into a tourist attraction in a bid to recreate a happier time in his past. He forms an extended  family grouping of sorts with Doc, his grandson  Dinny,  (Conall Keating) and  widow, Grace (Catherine Walsh). There is real menace in the portrayal of  Blueshirt characters by  Karl Shiels and Michael Quinlan.  It is perhaps the authors' most autobiographical play to date with events from his own experience knitted into the thread of the play.  You can read an interview with the author in a the Irish Examiner here  .  A link to the 1987 radio documentary about the anti jazz campaign and the Duignan brothers is here http://www.rte.ie/radio1/doconone/jazz.html 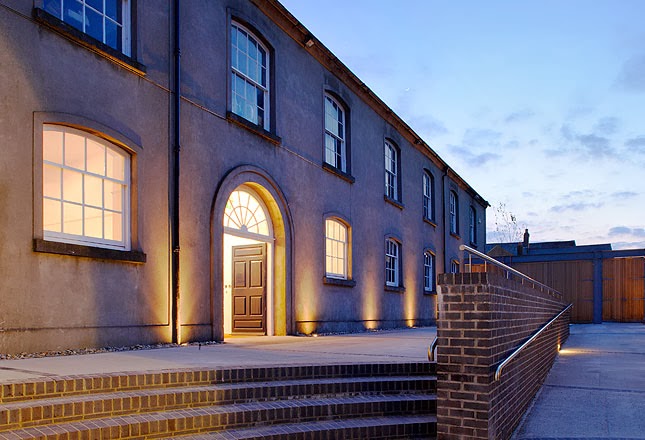