Voices from WW1 to be set by Waterford Composer 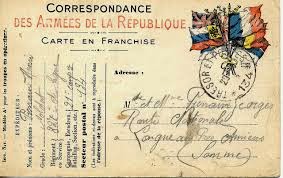 I had a telephone chat with  composer Ben Hanlon about his new composition projects this evening. The award winning choral director whose opera, Bust featured `on these pages has a couple of interesting choral  pots on the boil both of a retrospective nature. 1916 is on his agenda and expect to see fragments of the proclamation turning up in his choral settings. Listening to the reading of  letters on a radio documentary on  WW1 gave him the idea of trying to capture some of those voices  and  moods in a choral context.

Hanlon's plan is to gather sixteen letters from WW1 sources. Kildare county archive has yielded some fodder. He would love some Waterford voices to add to the mix.. His own uncle perished at the front. Hanlon is of a generation that remembers the pleasure of sending and receiving a letter . He says  'Reading a letter would immediately conjure up the voice of the sender on the inner ear. The challenge is to capture the mood and the sound of those voices from the front'.

The work is the contemporarry composer's personal reflection on the historical  events  but with commissions from the leading choral groups Voci Nuovi and New Dublin Voices, he should have no trouble finding a choir eager to take on the performance  element. .

If you have a letter from a relative in your family archive, Ben Hanlon would love to have a copy.