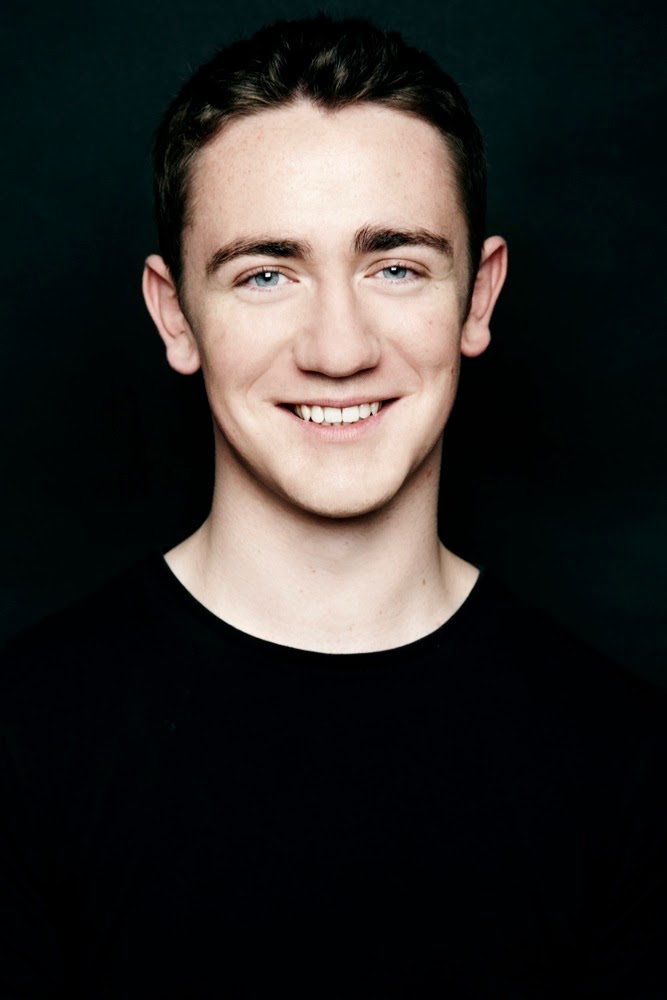 I caught up with Sean Boylan, the young Meath baritone at a recent recital in Ennis . Review here . He is singing in Sandford Church, Ranelagh  Friday  August 22nd My piece on the engaging singer is in a recent edition of the  Irish Examiner. Inevitably there wasn't  room for everything, Sean had to say  so I present the complete interview here

Sean Tell us something about your journey through the music world . We know you started as a pianist. Coming relatively late to formal study. Did you have a piano at home Were you self taught up to that point. When did you start playing the organ


Music was always a part of family life at home. There was an upright grand piano in the hall, and at any family occasion singing, dancing and story-telling could be found around the piano. The piano was never locked, it was always left open to be played. At any available opportunity really I would sit at the piano and make music. When I was in secondary school a teacher heard me playing the piano and was amazed that I had not had formal piano lessons (I was fourteen years old at this stage), and so I auditioned for John O’Conor. However, all the places for piano at the RIAM that year had been filled. John knew that I played the organ and suggested I take organ lessons with their new organ teacher (David Adams) until a place for piano became available. So, I began organ lessons in October 2006 and piano lessons in November 2006. And by spring of 2007 I won the Junior Organ Cup in the Feis Ceoil and won the Espostio Cup for Piano.

How then did you begin to sing?

I always sang. I sang my local church children’s choir, I sang in the choir in my secondary school. But I was very shy about singing for other people, always terrified that people would laugh at me (as a professional singer now that feeling sometimes creeps back!). When I went to secondary school I got the lead in the musical in first year. That was great. However, by second year, it was noticed that I could play the piano and in particular, that I could sight-read well. So, I was much more valuable as a pianist who could sight-read than another ankward, spotty teenager with an ever-breaking voice!

Was there a moment a role that made you say this is for me . Did you perform in school shows?
As I was advancing through my piano studies, playing the piano was becoming difficult in a very different way. I still loved it but the repertoire requirements just got bigger and bigger. I always found memorising large-scale piano works extremely difficult. It was a very stressful barrier for me, and my teachers. As I was progressing as a pianist (and organist on the side), I began taking singing lessons with Virginia Kerr. And in a way, singing just naturally took over. I was spending so much time every day trying to sing on another instrument and suddenly I thought, well why can’t use the instrument I already have. My own voice. I began to win competitions as a singer and I became more attracted to the voice. I always loved theatre, and the stage, and I became more interested in opera… not really knowing anything about it. One Christmas Eve, I played at mass in my alma mater, and as a thank you, Gerry Haugh (a Belevedere institution) gave me a CD of Mozart’s Le Nozze di Figaro. From the moment I heard that overture and the opening scene, I was hooked.

But the real moment that did it for me was when I was in Aspen, Colorado, at the renowned Aspen Music Festival & School. I piano there but I befriended many singers. The singers had very famous coaches from the Metropolitan Opera and other famous houses working with them. So in their practise rooms, they had Steinway pianos. But in the Piano Practise rooms, we had Boston and Essex pianos. So, I used to go to the Middle School and hang around with the singers, and jump onto a Steinway whenever one was free. I stayed all hours, and I was away from all the other pianists, so I could be less embarrassed in case anyone would hear me practising my Czerny and Chopin studies at a painfully slow tempo for hours (this practise gave me the technique I have today, and I had to do this as I was so late to formal training). One day I was practising and a friend of mine came into the room, a baritone with a gorgeous voice and he asked me to play through some of his music with him. And I was simply blown away by the power, colour and excitement of the sung voice up-close. That year they also presented the Marriage of Figaro... and then I thought, yes, I HAVE to know more about this. I began to take my singing a lot more seriously.


What has been the highlights of your singing experience to date

Singing in St. Giles’ Cathedral, Edinburgh as a soloist on Hogmanay.. there’s no where better to be to ring in the New Year, and to be there because my voice brought me there was a great pleasure. I never expected or assumed that would ever happen.

Singing in masterclasses for Sir Thomas Allen & Ann Murray DBE, I never ever thought there would come a time where I would get to sing some of my musical heroes.

You have just finished your degree . What is on your agenda for next year .

Next year will be a very busy year for me. I won’t be on a full-time course in an institution but I have designed a course of my own with the guidance of my teacher and some wonderful coaches. I will travel to investigate Masters courses abroad, work on my languages, as well as singing many recitals, and upcoming roles (Amida in L’Ormindo by Cavalli for the RIAM in January 2015). I have been asked to enter some international competitions in 2015 also, so there is much to prepare for.

Who inspires you ? Particular performers that you aspire to emulate
Virginia Kerr. She has taught me to treasure and respect my voice, and has always guided me with honesty and my best interests at heart.
Ann Murray. For being the master of whatever it is she sings.
Simon Keenlyside. For being a storyteller. For me, the aim is to communicate, not just make nice sounds. Keenlyside can do both!


What has been your experience of opera to date . Is there a role (s ) in the repertoire that you would love to play.
I have been very lucky to have attended many opera productions. I have family in London and they are endlessly generous in allowing me to stay with them while I dash from the opera house to concert halls and theatres for various productions. I don’t really drink and I don’t smoke, so I tend not to spend all my nights in clubs or bars… I go to see and hear as much as I can.

I have my eyes on the well-know roles such as Figaro in both the Marriage of Figaro and the Barber of Seville, Papageno (The Magic Flute), and the lesser known Pelléas (Pelleas & Melisande).

What is on your ipod .

My iPod is a very bizarre place! Right now I’m going through a big Beethoven and Brahms phase. So I’ve got all of their symphonies, concertos and sonatas on there. Oh, and Mahler. (Brahms’ 4 and Mahler 9 are two masterful symphonies and two of my dessert island discs!!!) There’s some Monteverdi and Prokofiev… and other music which ranges from Jamie Cullum and Frank Sinatra to Lauryn Hill, Sia, and some of my favourite trap DJs.

I love music. I can’t live without it. There are days where I will purposely walk the longest possible route home just so I can finish a piece of music!

I live in the heart of Dublin so I can escape to almost anywhere in the city. I love to go out for food or coffee with friends. After a long day, I’ll often go by myself and bring a book, just to wind down. Otherwise I don’t sleep. I swim and go to the gym five days a week, and I find this really helps my energy levels and my sleeping pattern. Often I’ll watch a movie or a box set on my laptop, I haven’t watched TV since maybe November 2013?!!

Yes, there is one tonic that my Dad prescribes for the voice. It is wonderful. The late, great Margaret Burke-Sheridan was a great fan of this (she got it from my Grandfather!) and she brought this bottle all around the world with her.

How did you go about choosing today’s repertoire.  (Ennis Recital)
I have a particular attraction to each of the composers that featured today. I wanted to include German Lieder, French Melodies and English Song. I also included some Irish Songs because I feel that we too have a great stories to tell, and a rich culture to celebrate. And these songs remind me of this.
Each of the songs are masterpieces in themselves, they are like mini-operas.

Any other forthcoming recitals performances you’d like to flag
I am singing a lunchtime recital in Sandford Parish Church, Ranelagh, Dublin 6, accompanied by David O’Shea, piano at 1.10pm on Friday August 22nd.
Posted by Cathy Desmond at 10:23 AM