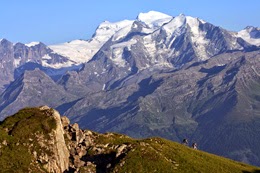 WIth one tiny road in and out of it, you’d struggle to find Verbier on a map. About twenty minutes East of the Swiss town of Martigny you begin the climb and on top of a scary Porsche strewn, corkscrew drive you arrive among the timbered chalets of the swish resort, a haven for hikers and home to a prestigious Summer classical music festival . This year when I visited, 'the sun did not come out to play'. The cable cars were running but the clouds were down and it was damp and chilly on the Swiss alps. 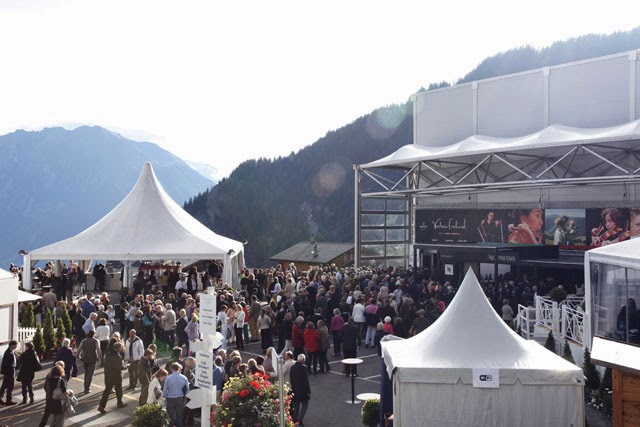 In In the 21st year of the festival, it has continued to attract some of the biggest names of the classical music establishment.. I am just in time to hear Pinchas Zukerman play a conventional Beethoven programme with the Festival Orchestra, an international ensemble of players drawn from conservatoires. The concert is in the Salle des Combins, a huge utilitarian black box with a roof of interlocking steel, erected three years ago to cope with larger audiences. Although there isn't a scintilla of charm, the acoustic is surprisingly good and the sight lines even from the cheaper seats at the back are clear. In a bittersweet touch, the Medici TV crew are running archive footage of a 1970 concert at St John Smith Square of the soloist with Barenboim and the late Jacqueline Du Pré. An assortment of auxillary tents sort the  audience into 'amis', sponsors and common or garden punters. 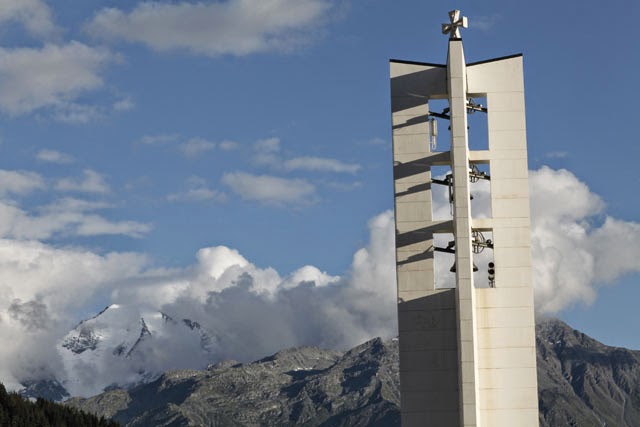 Later, a Mendellsohn octet heard at the late night slot in the Eglise, the second of the official venues is charming and lovely (and gratis) . The atmosphere in the modern spartan building is relaxed and informal, the audience at about 10% of the 500 capacity. Down the hill, a lively reggae band are ensconced in the Croc Bar with a cool jungle themed terrace 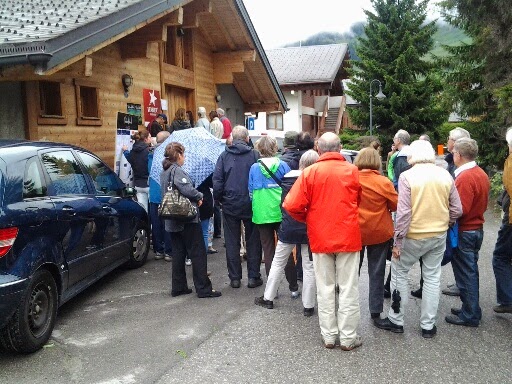 No room at the chalet


With main concert tickets being pricey, (considerably more than for similar events in London) I embark on extracting maximum value from the OFF, the fringe festival incorporating masterclasses, talks and recitals. It was unfortunate that most of the events I choose misfire. Via cable car, I set off for the Sumer Camp and percussion workshop. In the spacious auditorium at the futuristic Espace St Marc, I find one young participant and interpreter being put through their paces by an African djembe master with an audience of half a dozen or so. It is not a buzzy event. At the eglise, I attempt to catch the second half of the official morning concert but straw hatted ladies staunchly guard the barriers. At the Place Blanche, the cheerful Macadam Jazz Band optimistically set up outside but are forced indoors to the uber chic wine bar by the insistent drizzle. Never mind. There is a masterclass with Zukerman to look forward to. Ah but sadly, there is no room at the Chalet Orny as the venue is packed to capacity well before start time. So on to the comfortable cinema which is full of local senior citizens for a elegant spirited playing in a programme of duos and trios by Brahms, Schumann and Beethoven from Academy members.
Yossou nDour is the poster boy for the daily newsletter under a headline 'Ceci n'est pas classique' just in case there is any misapprehension The punters I have encountered thus far don't strike me as ethnic music fans and I am curious to see whether a different audience will appear. It is a younger audience and they are on their feet and swaying. This concert sadly is disappointing due to the appalling over amplification robbing lyrics of any clarity. It is like an aural sauna that I can stand for about ten minutes, so not for the first time today , I beat an early retreat and attempt to breach the ramparts of the eglise. Eventually an official has a heart and I am admitted to the inner sanctum. to hear Joshua Bell , Stephen Isserlis and the nonagenarian Menahem Pressler play Dvorak for a fervent audience. It is terrific.

Chatting to one local resident, I had the sense that this has not been the liveliest year in the 21 year history. 'Before I could just open my window and hear music all around. This year it is more structured with more events taking place indoors. Originally, she explained, the main concerts took place in a tent in the village'.

While I enjoyed my brief sojourn in the Swiss Alps, and heard some fine playing from A list guests and impressive newcomers, I was unimpressed by the charmless venues and with steep prices, it is not just the altitude that will give you a nosebleed. One aspect mystified me. Where were the post show parties? Once the concerts were over, the audience and performers seems to dissipate into thin mountain air, perhaps back to their chalets and studios and the bars and restaurants were not the lively hubs of apres concert chatter you might expect.


listen to ‘Cows adorned with cowbells on hillside Verbier, Switzerland’ on Audioboo

Posted by Cathy Desmond at 6:31 AM