While Wagner fans contemplate  the holy grail of  a trip to Bayreuth, Puccini fans make a  pilgrimage to Torre del Lago, the final resting place of the Tuscan composer near the Italian seaside town of Viareggio in Tuscany. This year the Puccini Festival celebrates 60 years with four productions under the title L'Amore Trafigge, 'Love Pierces the heart' . On a balmy Saturday evening,  pilgrims converged on the Gran Theatro all' Aperto for a performance of La Boheme by all manner of transport. Buses and cars gave way to a throng of bicycles and mopeds. The audience of mixed ages seemed to represent a  cross section of Italian society and the atmosphere was not unlike that of  a build up to a big match with street vendors selling refreshments, programmes and Puccini memorabilia  lining the route. 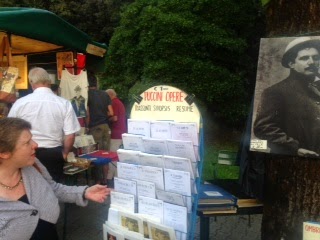 Director, Ettore Scola a veteran of Italian Cinema played it straight,  avoiding the temptation to  modernise using the tricks of his trade and we got a sparkling traditional production. He is quoted in a local paper . I include a translation here- 'Revisions, updates, upgrades, contributions in video and in digital, strobe effects, endless possibilities to 'modernize' the opera crowd his restless mind. Then, fortunately, everything falls humility and common sense remind him that modernity is already in all those works, in music, in feelings, in the soul that made them eternal ...' 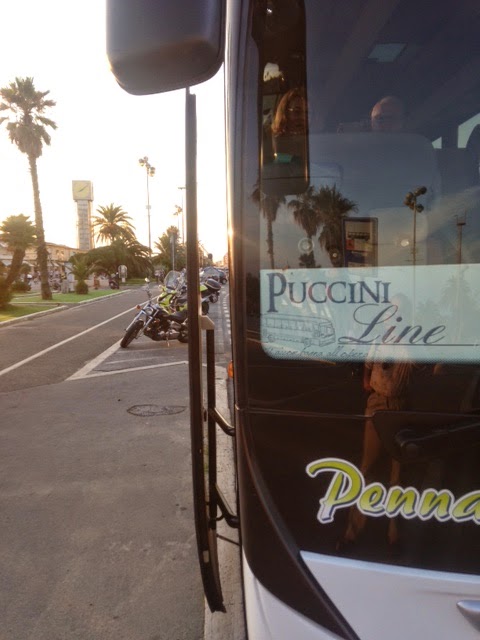 There is a murmur of approval and a round of applause when the set for Momu's Café is revealed. and there is a collective gasp at snowflakes flurry  in Act 3. Of course, one doesn't expect the acoustic of a major indoor theatre but the sound was quite good from the lower tiers and if it was less so at the top, you had  a backdrop of stunning lake views to compensate. 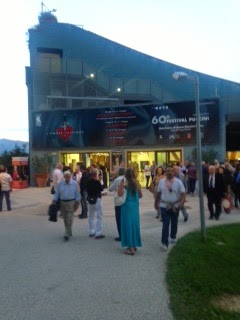 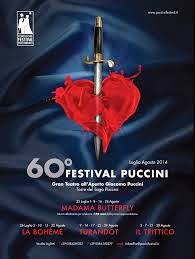 Conductor Valerio Galli (a local from Viareggio ) was  almost balletic in his podium presence  with his energetic and graceful conducting style compelling attention. With five performances over weekends in July and August, there is some rotating casting.  Italian songbirds, Danielle Dessi as Mimi and Alida Berti as Musetta had the audience hooping and hollering. There was a lovely moment in Mimi's aria when a lake bird could be heard in a brief duet around the vocal line. It was the bonhomie and sonority  of the gentlemen that  generated the warmth and charm.in this production  Alessandro Luongo as Marcello and Fabio Amiliato as Rudolfo made a very well matched  tenor/ baritone  blend. Marco Spotti  was a rich and sonorous Colline, Frederico Longhi as Schunard completing  the bohemian quartet Have a listen in the video of Spotti singing the same role at Orange  and see if you agree?  It was all beautifully done and the audience responded enthusiastically as they would in support of a home team on their local turf.
As  I watched an impossibly good looking, elegantly dressed Italian couple don  helmets and scoot off  on  a Vespa in the warm night air, it felt like a silver screen  moment from La Dolce Vita.
There are some festivals that one feels very fortunate to have  visited once and there are some that you  would love to return to. The Puccini Festival is definitely one of  the latter.


How to get there?
I made the trip by special bus service from Viareggio.  Torre del Lago is less than 20km from Pisa and Lucca. There are regular flights to Pisa from Shannon and Cork with Ryanair until October.