We read a lot less than we might - because we still often can't find our way to the books that truly speak to us.


In  Ennis, the weather was unseasonably mind with only an odd shower to dampen the enthusiasm of the annual influx of literary types mostly of the female variety who arrived in the Clare county town for the annual Ennis Book Club Festival.  A feast of authors and avid readers mingled at a variety of events to suit a wide range of tastes.
For me. the highlight of the festival was the Saturday night readings by Lynne Reid Banks and Kevin Barry and the interviews with Arena anchor Sean Rocks.  Both authors demonstrated a strong instinct for the dramatic . Lynne Reid Banks was a repertory actress in her early career and clearly has not lost her knack for making a dramatic entrance. Rocks' own  impeccable sense of timing owes something to his thespian background  and the question was raised about Barry's leanings towards playwriting as he clearly relished the dialogues in his texts.
The format was one to one interview punctuated with readings and film clips. One sensed, 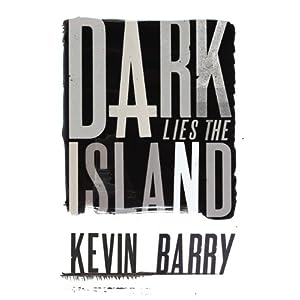 particularly with Reid Banks that Rocks could happily have gone on discussing  books with this feisty octagenarian as  they quickly established a rapport and  she was genuinely touched that he had read her books, most of which sadly, are now out of print. Kevin Barry's highly entertaining reading of his much lauded novel, City of Bohane  brought out the humour, leavening a  bleakness in his text and he came over as being pragmatic, unpretentious and  grounded by years of  journalistic endeavours in less glamorous spheres of human activity .  His short story  Killary Fjord  apeared recently in The New Yorker and  features a would be poet turned hotelier  suffering from writer's block and a collection of utterly believable, but  far from lovable local characters  The story is from a soon to be launched collection Dark Lies the Island  and we also heard  an autobiographical piece on a theme resonating with another great Irish writer McGahern. For Irish writers' there is no place like a Barrack's home it seems. http://www.guardian.co.uk/lifeandstyle/2011/apr/10/1

The unpredictable   Q and A was wisely forgone leaving patrons free to put their points at the post reading signings in the foyer. The Book Club award went to a Helene Granon's book club from Nimes,France whose members are devoted to English titles.

At the signature event, the  Sunday Symposium,   Catriona Crowe overseer of the wonderful census projects gave interesting  insights into the work of an archivist and Michael Harding was a very beguiling storyteller even if his rather too robust defence of fellow county man, Sean Quinn didn't find much empathy with his audience. Manchán Magan in a declamatory style reminiscent of student debating societies, made some rather sweeping statements that the chairman Caimin Jones wisely didn't allow him too much time to expound on . The panel was completed by novelist Christine Dwyer Hickey

Other events  we attended included  Books and Buns at the Rowantree Cafe a sort of literary table quiz with poet Tom Conaty as quizmaster. There was time for a musical turn and my air on viola was Amhrán na Leabhair, a lament for a school master's library lost at sea. Peter Murtagh read from his travel diary of the popular pilgrimage route, the  Camino, although there was some disappointment among the younger cohort that daughter Natasha had not made the expedition to Ennis leaving no opportunity to guage firsthand  the level of teenage enthusiasm for the long trek . The Old Ground Hotel was the venue for a lunchtime theatre presentation of  Oscar Wilde's Portrait of Dorian Gray .

Everywhere the talk was of books as festival goers searched for the perfect book to take back to their book clubs. As in previous years there was much to provoke discussion, thought and to entertain.  Bravo to the committee who already are hard at work on the 2013 festival. Looking forward to it already