'verily, even plants, and trees, rocks and stones, all shall enter into Nirvana' 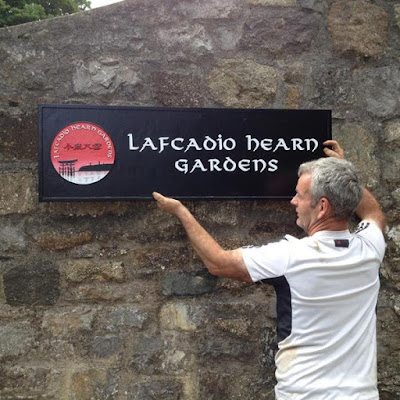 A couple of years ago, I visited the Russell Library in Maynooth. Among the Gothic arches and ancient tomes, there was an exhibition devoted to the unusual life of  Patrick Lafcadio Hearn. A penchant for  Japanese culture was very much in the zetgeist of the Victorian era.   Gilbert and Sullivan's  The Mikado, was and remains the most popular of the G&S oeuvre. In 1890, Lafcadio Hearn travelled to Japan for a journalistic assignment and became enamoured of all things Japanese. He stayed on in his adopted country, married a local and rose to become a professor in Tokyo University and was considered to be the West's great interpreter of Japan.

Lafcadio had family connections in Waterford and often came to Tramore for his childhood  holidays. He is quoted as saying that his happiest hours  were spent at the seaside town . Standing in the gardens dedicated to his memory, with the sun shining, white horses racing to the shore and the 'wind making the trees speak to each other', it was easy to believe it.

You can read more about the venture and the occasion of the official opening last week in a Munster Express article here .  The gardens, Agnes Aylward of Tramore Development Trust told us  'were created in a Japanese spirit' and in keeping with that  procedings were conducted with due  deference and decorum.
I specially enjoyed hearing poet, Thomas McCarthy read Sean Dunne's poem inspied by Hearn. You can listen to it in the audioboo below. The gentle strains of pizzicato guitar were in the air and Joey Whelan looked as though he was in his natural habitat nestled between the standing stones in the American Garden.. We heard Moore's melodies sung in Japanese by guest singer, Yuki.

The gardens are lovely with splendid views across, Tramore Bay . This season, visiting times are restricted to allow work to continue  but the gardens are open every Thurday 1to Sunday 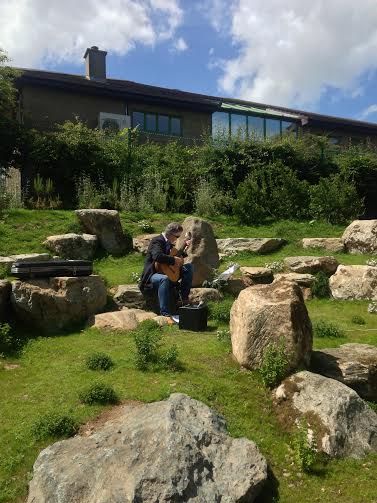 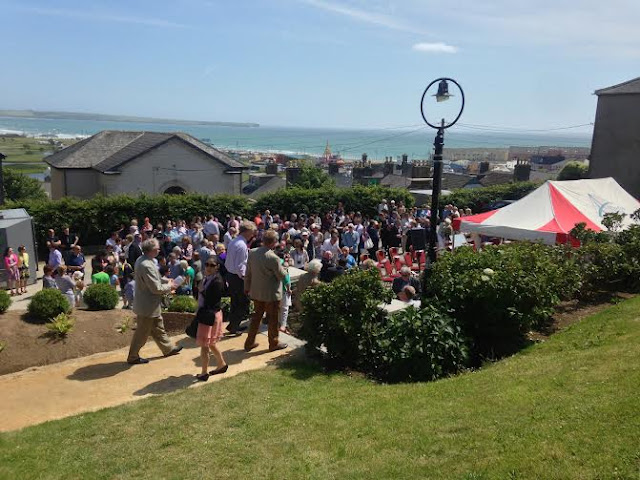 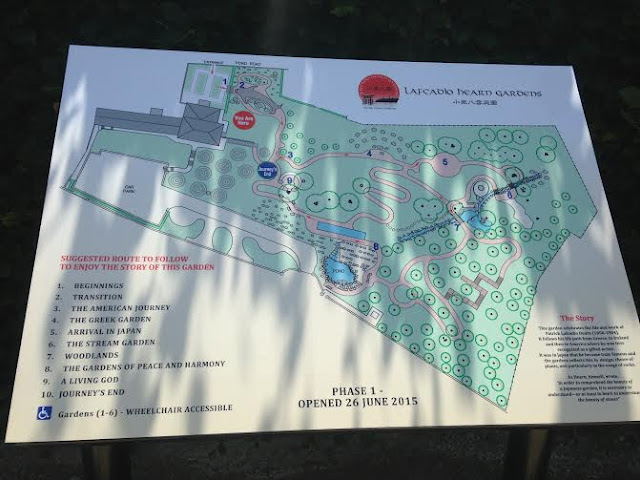 listen to ‘Thomas McCarthy reads Sean Dunne at the Lafcadio Hearn Garden opening’ on audioBoom
Posted by Cathy Desmond at 12:40 AM