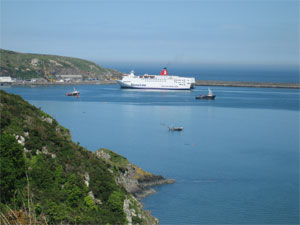 I am just off the boat after a 24 hour trip to Fishguard. Following years of travelling through the Pembrokeshire ferry port en-route to London, I decided to make the Welsh coastal town my end destination rather than merely a pit stop. I was encouraged by an extremely  attractive programme at the 10 day annual classical music festival and the prospect of  discovering new territory practically on my doorstep,.  But  the excursion hit the rocks early  on Tuesday when the meaning of the term 'missing the boat' was  fully impressed on me. I found myself on the wrong side of the rising gangway contemplating an Indiana Jones style leap onto the soon-to-depart ferry. I made a second attempt on Thursday and at 9.00am I was afloat and on my way to catch the last day of the Fishguard Music Festival. I was glad that I did.  I had a terrific day. There was sunshine and  exhiliarating performances. I met interesting people,  discovered some extraordinary venues and upstairs in the Town Hall, I found a local treasure that  would have  merited the trip alone.

Pianos: In the afternoon, Peter Donohoe and Martin Roscoe shared  the second and third of Beethoven's opus 31 sonatas as a prelude to an evening of piano duos. The magnificent oak timbered concert hall in the rural retreat, Rhosygilwen was a stunning, light filled venue. There was a pause for supper in the orangery  and picnics in the courtyard before the evening programme of piano duos performed on two pianos. We heard SaintSaens Variations on a Theme of Beethoven's Sonata no 3 picking up a thread in the afternoon programme. As the evening wore on, Mozart  and Brahms gave way  to the impressionist, Debussy, In the fading evening light of the fine Summer evening,  Prelude de'lapres midi d'un faune' shimmered with the luxury of two sets of piano strings before all hell broke loose in a visceral performance of Stravinsky's Rite of Spring.. Peter Donohoe's evocative context setting introductions conjured up images of Debussy and Stravinsky playing through the work in Paris salon. Debussy's nocturne Fetes, was an  exuberant celebration rather rather than a shadowy affair heard at a  adistance.

I was thrilled to meet performer and joint artistic director,  Peter Donohoe who  generously gave me a post-show  interview. Do listen to Donohoe talking about the importance of Spring to the Russin psyche and about the recent stepping up of  his involvement  in becoming joint Artistic Director of  the Fishguard Festival. Hear his  eloquent insights into the bond between Stravinsky and Debussy and his changing view of the groundbreaking 'Rite of Spring'.

'Build it and they will come' At the interval, a gentleman was delivering fliers on forthcoming events at the venue. I discovered later that he was in fact  our host, Glen Peters, MD of Western Solar who built the  striking concert venue on the grounds of his home. He spoke to me about how the decision to build came about and the inspiration for the design. Listen to Glen Peters on the architectural design of the concert hall. https://audioboom.com/users/102528/boos 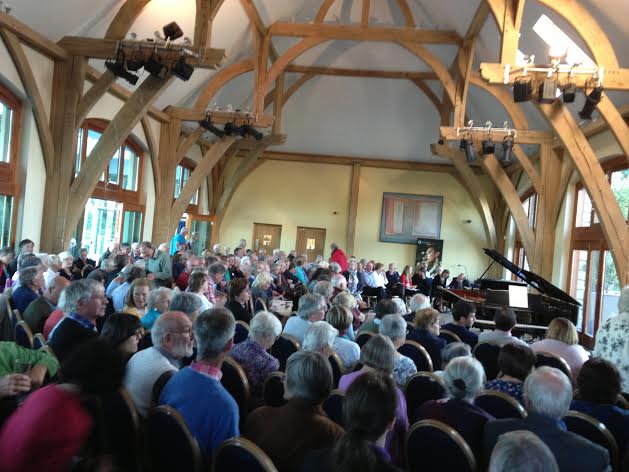 The venue was full with 300 or so patrons for the closing recital.   I enjoyed talking to composer Geraint Lewis about the arts in Wales. It was good to meet  Gaye Williams, the face behind the  digital marketing platforms at the 2015 festival. The bus to the concert was full but this was Pembrokeshire and I was not left on the side of the road. I am grateful to Boyd Williams for getting me there and back.


Have a listen to Festival team member Boyd Williams summing up of the event at https://audioboom.com/boos/3424637-boyd-williams 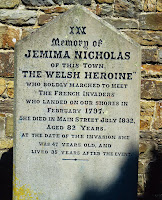 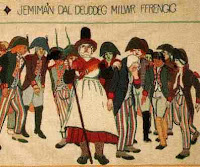 Tapestries: The Last Invasion Tapestry:  Inspired by the Bayeux Tapestry, the tapestry tells the story of the last invasion by the French forces and the formidable  Jemima Nicholas who captured a battalian with her pitch fork (that may be overstating slightly but you get the picture) This woman should have her own opera written about her. We don't know who stitched the Bayeux tapestry but you can watch the video and hear many of the seventy ladies involved in this marvellous community project.I was struck by the parallels with  another community tapestry unveiled about the same time. The port side town New Ross is home to the Ros Tapestry.and also host of a  music festival shaped by a pianist. The New Ross Piano Festival takes place on 24th-27th September under director Finghin Colllins


What else is on? The event schedule for Rhosgilwen Retreat  includes a literary weekend in September and a weekend Schubertiade in October. Check it out here  Fishguard is home to the weekend  Aber Jazz Festival in August  and a Folk festival  in May. FFwrn hosts a Bagpipe Festival in October
http://www.visitpembrokeshire.com/explore-pembrokeshire/towns-and-villages/fishguard-and-goodwick/

Fishguard International Music Festival is a ten day festival that runs at the end of July. Events were very keenly priced there was a good spread of events to suit a range of tastes. Tickets for final day concerts -£18 combined price for two recitals, remarkable value.

How to get there:  Boat is best. Some of the venues are walking distance from the ferry. Stena Line operate twice daily sailings to Fishguard from Rosslare. (9.00am  and 9pm returning at 2.30am and 2.30pm )  There are great value short hops with or without car. A return 24 hour ticket costs €42 booked online with a €5 supplement booked as a roll up at the terminal


Getting around: The festival runs a bus to some of the larger events in the festival but for a longer stay, I would recommend taking your car.

Where to Stay: There are lots of attractive options.  For a high end B&;B experience try Cefny dre . Cefn-y-Dre Country House, who offer evening meals with a Ballymaloe trained owner. 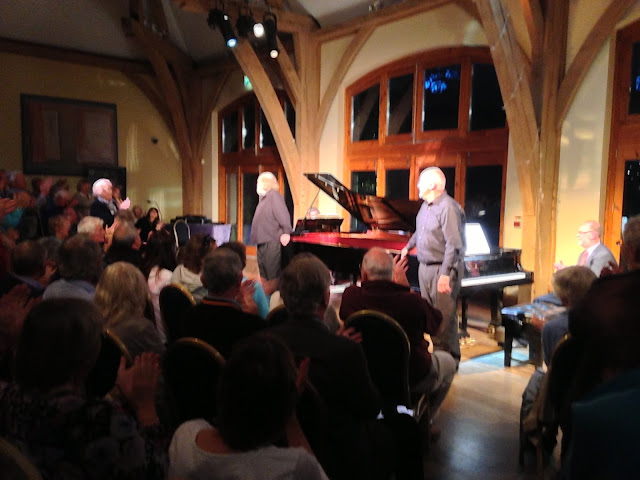