New Settings for Dawn at Kilkenny

There was a strong emphasis on 20th century and contemporary music in the  Kilkenny Arts Festival music programme under director Rosemary Collier.  Arts Council grandees , media folk, New and Early Music cognoscenti were out in force at St Canice's Cathedral on Saturday night for a performance by Ireland's premier new music ensemble with the added  lure of a rare appearance on this side of the Atlantic by acclaimed American soprano Dawn Upshaw, most famous as the voice in Gorecki's Symphony of Sorrowful Songs,  a surprise chart topper in 1992 .

Upshaw was the soloist in Donnacha Dennehy's setting of  six Yeats  poems titled 'That the Night Come', taken from one of the texts. The settings appear on an album of Dennehy's work Grá agus Bás The programme notes inform us that  the work was commissioned by Upshaw with funds from the Arts Council. You can hear Dawn Upshaw's interview on radio show Arena here  where she talks about her interest in working with contemporary composers and how she came across Dennehy's work. The assorted  instrumentation of the Crash Ensemble (string quintet with accordion some wind and trombone, piano electric guitar and percussion)  created a varied palette of colour, in well crafted  soundscapes   over which the soprano soared with her distinctive unaffected style  emphasising the sean nos resonance in the settings.

If one was commissioned to write a piece to celebrate an Irish  40th birthday celebration, 'Dry' is not a word that would immediately spring to mind, no pun intended.as being a suitable title. But 'Dry' was the one  chosen by Michael Gordon for his piece commissioned to celebrate the significant anniversary of Kilkenny Arts Festival. Gordon is one of the legendary  Bang on a Can collective of American avant garde composers credited with pushing the boundaries in both style and performance practice. His work was heralded with a programme quote from Alex Ross as combining 'the fury of punk rock, the nervous brilliance of free jazz and the intransigence of classical modernism. I can't say that the first two attributes were obvious in this work. This was  Steve  Reich lite  territory with pulsating low wind repeated sounds setting up a grid on which other timbres were added sparingly added over the duration of the peice  Suffice to say,  any celebratory sparkle would need to be added externally via a large glass of  bubbly. By comparison the Nico Muhly piece sounded lush and sonorous. 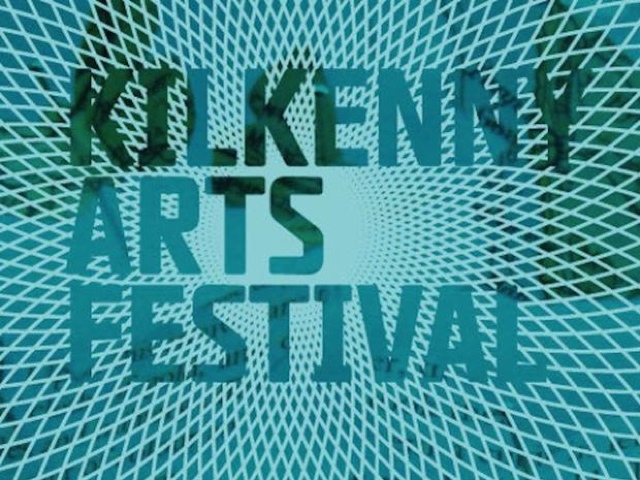 For acoustic and ambience, St Canice's is hard to beat. Any musical offering already has a head start in this hallowed space. One of the elements I loved was the use of theatrical lighting to create an atmosphere . It did mean you couldn't read the texts thoughtfully provided . I would quite liked to have heard the poems read as poetry before hearing the setting. Limiting the applause would have preserved the spell created by the lighting and sound effects  but a  little housekeeping announcement suggesting an applause  protocol would have helped the audience in unfamiliar repertoire.

I can report that the party carried on after the show at Cleere's Bar where audience and performers mingled to bask in the afterglow.  It was quite an occasion.

Venue Notes
There was no distinction in ticket price between seats in the front part of the house and those at the rear part beyond the transept. While the acoustic is good here, the view isn't and one feels at a remove from the main party  I suggest there should have been a price differential between both parts of the house.