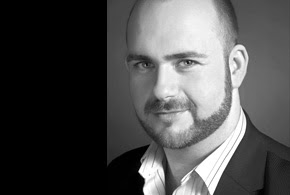 All would whisper there secretly to the soul in its soft native language, There is all order and beauty, luxury, peace and pleasure  from Invitation Au Voyage Duparc

The heavens opened in Ennis just before Thursday's lunchtime recital at St Columba's but despite the inclement conditions, a sizeable audience had gathered to hear baritone, Owen Gilhooly. Any dampened spirits  were rewarded with a  glorious musical treat. The Limerick based  singer sparkled and shone in a selection of artsong by Brahms, Duparc and Vaughan Williams . Opening with a quartet of Brahms lieder full of light and shade, there was such a range of expression and dynamic in his delivery from the mournful  Die Meinacht to a playful 'Futile Serenade'. (The latter also featured in the opening recital by soprano , Helen Houlihan.) The Duparc songs were new to me. Accompanist, Irina  Dernova created a gorgeous  shimmering soundscape for the seductive lyrics of L'Invitation au Voyage . In contrast the mood of Le Manoir de Rosemonde was  dark and there was a menacing edge of torment in the vocal delivery. Full marks for provision of full text translations.(Bryn Terfel and RTECO please note and copy)

Served up between the song sets were piano miniatures by Chopin and Poulenc played with flair by Irina Dernova.

Owen Gilhooly is a terrific performer. With such great control, faultless diction and  an actor's instinct for poetic imagination, it is  no surprise that he is  much in demand at home and abroad. The next chance to see him in Ennis  is in Opera Theatre Co.'s production of Carmen at Glór. I have posted a review on the production and whatever about it's questionable theatrical merits, it will offer a rare opportunity to hear a large cast of some of the best  singers on the Irish operatic scene here in Ennis and is a must for lovers of good tunes and singers.

The last recital in the series will be on Thursday August 15th when  mezzo soprano Edel O Brien and Helen Houlihan will be the featured performers. Well done Helen Houlihan on initiating the series which brought much musical delight in classical vein to Clare during the summer months.  An opportunity to sponsor the 2014 season is I understand, currently available.