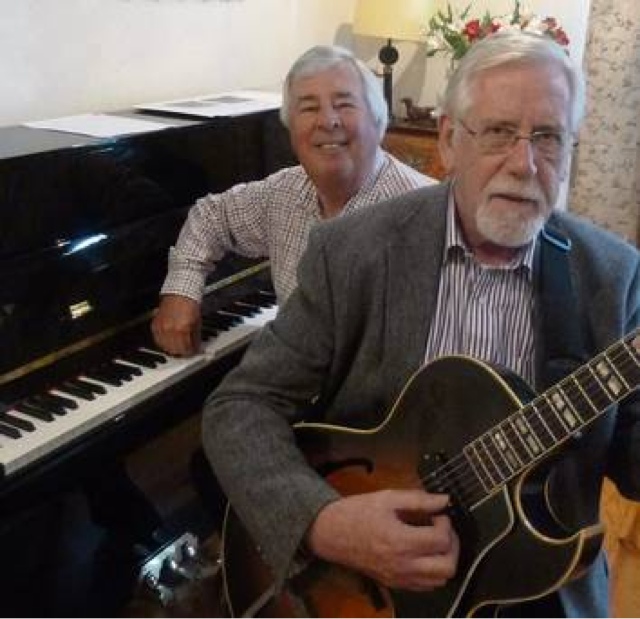 I arrived  back in Waterford from my travels to catch Irish jazz legends Louis Stewart and Jim Doherty. At the opening Stewart graciously acknowledged his local connection. He is one of the group of musicians like WV Wallace and Gilbert O Sullivan who left Waterford before the city made too much of an impression on them. After that there wasn't too much chatter, just lots of good tunes from the Great American Songbook, mostly in a mellow vein.

These two seem to have been around for ever and one might have expected a certain waning of their skills after decades of playing together. Not a it of it. Both sounded in terrific form and the set was mesmerising. The highlights: Following a few uptempo numbers, Doherty opened with a  gorgeous extended solo piano version of the Gershwin song, Someone to Watch Over Me before Stewart on guitar took it over. Doherty's skill in improvising on a set of audience choices was extraordinary -moving effortlessly and seemlessly through a  song selection including In a Sentimental Mood, Honeysuckle Rose, Singing in the Rain- just some of the titles I recognised.

Not prolific recording artists, they have recorded a CD called Tunes and very good and pleasant it is too.

I was too late to hear the first set by local guitar duo led by Dylan Bible and I was sorry to miss them as the word was they were very impressive.

Posted by Cathy Desmond at 9:44 PM