There was a party atmosphere in Waterford as the Harvest Festival drew to a close. After an afternoon of picnicing in the park being entertained by the Barrack Street Band, you  could  feast like a Viking on the Quay or hear the Irish Baroque Orchestra in the elegant classical interior of Christchurch Cathedral  . I have remarked in previous posts on the confluence of architectural elegance in  this part of the South Eastern capital, with the  polished architectural gems, the Theatre Royal and Bishop's Palace and Christchurch Cathedral  all located in this corner.  The area referred to as the Viking Triangle has been further enhanced with the addition of a wonderful new building, tucked in snugly behind the Cathedral with a visually stunning  curved ediface in creamy Bath stone marking  the entrance to the new Medieval Museum.

Welcomed to the podium at Christchurch Cathedral by Liam Daly, the new administrator of the Symphony Club of Waterford,
the IBO under their director, Monica Huggett brought  an unusual  musical offering -a twenty year old string adaptation of JS Bach's Goldberg Variations. Originally for harpsichord, the set of 30 variations on an Italianate aria was supposedly composed for a Count prone to insomnia and named for the young player  in his employ. The work was popularised for 20th century audiences by Canadian pianist, Glen Gould's legendary recording of the work.  For this performance, the variations were split in half with an interval between.  30 variations might seem like rather a lot for a single timbre of strings to bear for one evening but there was plenty of variety in the skillful arrangement and  all the crisp and clean articulation and melodic canons were clearly heard in the accoustically friendly, intimate venue -just right for the assembly.


The ensemble were arranged in a  concertino quartet, a solo player to each part   with opposing  violin sections  in front  with ripieno  desk behind . The first violin and viola were adjacent  to facilitate the many interweaving duet lines between the two, with continuo section of cello and harpsichord  at the heart of the ensemble.

The playing was first class but what made the evening compelling was the verve and enthusiasm emanating from dynamic leader Monica Huggett.  Frequently she swept her instrument in a 180 degree arc as if in a an effort to simultaneously draw her audience into the fold and at the same time galvanise her troops into action  . One could sense the crackle of energy  from the tip   of her Baroque bow  as she drew gutsy performances from her bakers dozen of  players supported throughout by  David Adams solid continuo lines. 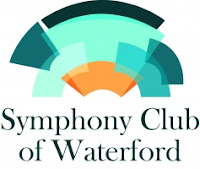 But hadn't Bach written tons of  ensemble music,  so what  I asked her was the appeal of this relatively new arrangement of a harpsichord  piece for string players?   From a practical  standpoint, apart from the  3rd Brandenberg Concerto , there is relatively little in Bach's output it seems purely for strings and  leaving aside for the moment any aesthetic consideration, the arrangement  by Sitkovetsky , a conductor laureate of the Ulster Orchestra is a valuable  addition  to the repertoire.    That, and the piece is just so exhiliarating and so much fun  for  string players to play, she added '  Looking at Ms Huggett leading  her revved up Baroque band , I can well believe it!  I could cheerfully  have  sat and listened to the whole work again. Bravo IBO!

A rather lovely mention for IBO in New Yorker Music Critic, Alex Ross's memorable moments round up for 2010 . Praise indeed!

Everything you could want to know about Glen Gould and his two iconic recordings of those variations in Tom Service'  article in the Guardian  http://www.guardian.co.uk/music/2012/sep/20/glenn-gould-wilfully-idiotic-genius?newsfeed=true


Word of the day (from IBO rehearsals) =OOMPHY.As in.. "this variation should be more OOMPHY.Like, with extra oomph!" Hilarious! :)
— Irish Baroque (@IrishBaroque) September 12, 2012