Songs for a Summer Evening 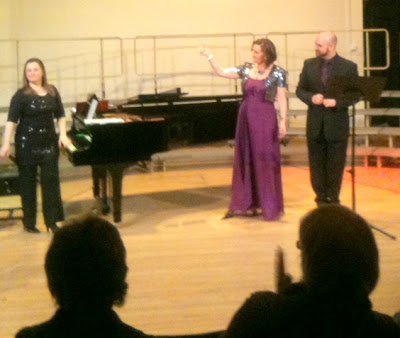 I  expected a treat when the Lions Club of Ennis presented a very enjoyable song recital at Danlann an Chlár last night and got it. Featuring established operatic soloists Helen Houlihan and Owen Gilhooly, it featured a range of genres with  songs from opera, musical theatre and Irish  parlour songs . They were sympathetically accompanied at the piano by Adare based pianist, Irina Denova .

The operatic meat of the programme was contained in the first half with arias and duets by Lehar, Bizet and Puccini . The programme opened with two  Novello duets demonstrating a charming sense of teamwork and rapport from the outset between the two, both of them convincingly assuming the roles contained within the repertoire.  Owen's solo number  from Merry Widow was suitably  insouciant following Helen's bravura rendition of Oscar Strauss's 'My Hero' .  Helen  looked every inch the star in no less than two glamorous outfits and this soprano featured in my highlights of 2011
The Ennis Cathedral Choir more usually tucked away in the gallery looked and sounded splendid  with conductor Michael Hennessy. The Jenkins, Pie Jesu featuring  youngster Andrea Sheehan and soprano Veronica Belis was particularly effective and very moving . Tenor, Tony Murray made a further foray onto the platform when the baritone theatrically feigned to forget the words of a Percy French number adding to the general  good humour.
Although both singers  proved adept at adapting their style to deliver simpler folk songs effectively, the real surprise of the evening was Gilhooly's control and lightness of touch.  I had heard this artist several times this season, most recently in splendid form in Brahms Requiem at UCH.  and in Haydn's Thereseinmesse  Although well known on the Irish and international opera scene, his voice proved to be a supple instrument in the lighter musical theatre repertoire and there was a sense that he relished the repertoire. The sentimental  music hall number, Macushla was a high point in the first half and I swear he had a tear in his eye in the big number from Les Mis, 'Bring Him Home'.  With a busy season of operatic engagements ahead, he will be heard singing  roles by Sibelius and Rimsky Korsakov  in Buxton and nearer to home at Lismore Opera as Figaro in the Barber of Seville.
Winners of Clare's Got Talent, all girl song and dance team, 12 +1 were utterly charming and Karoline O Sullivan added an aria from Bohemian Girl fitting in with the general nostalgic tenor of the evening.


The evening was conceived by Helen I understand as a fundraiser for Clarecastle Day Centre and Canteen  and the artists had generously donated their considerable talents. There was a good attendance. I met Alison Bowyer, of impeccable operatic lineage herself who  tells me that there will be  a new show at the Knappogue Castle  with hot off the manuscript arrangements from Colman Pearce  and  daughter Stephanie, a CM past pupil was busy rehearsing for a performance of Oklahoma in Bejing! 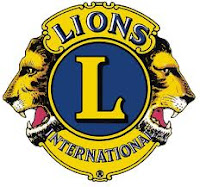 Congratulations to the Lions Club in association with Colaiste Muire  for organising the event. Outgoing District Governor, Terence Mangan was in attendance. In terms of  professional performances, the presentation  of superb singing in a comfortable venue was on a high level.  While it was comprehensive programme, some of the spoken introductions  would have benefited from being trimmed a bit.  The pair can be heard again on August 3rd as guests of Kilkee Civic Trust  . Well worth an excursion! 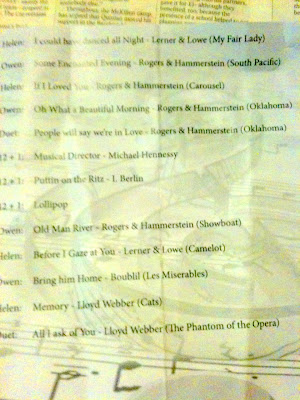 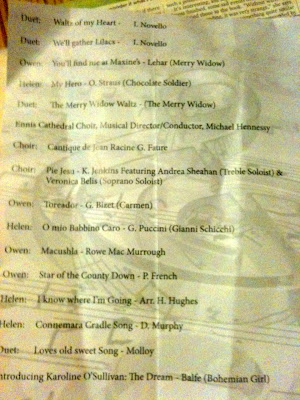 Posted by Cathy Desmond at 2:45 PM