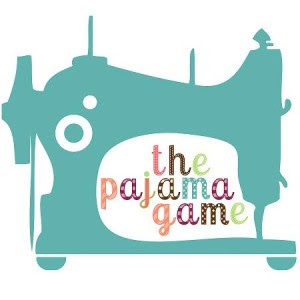 The sports hall at Presentation School Hall in Waterford has undergone a magical transformation to theatre space  this week for an joyful production of the 50's Broadway musical,

The Pajama Game is based on the book 7 and 1/2 centsby Richard Bissell with words and music by Richard Adler and Jerry Ross, The story revolves around a conflict between love and politics and includes a set of breezy standards imcluding Hey There, Fernando's Hideaway and This is Our Once a Year Day.

Mary McNamara's and Mark Scanlon's production was a slick, exuberant production   that drew remarkably assured performances from the teenage cast. The choreography by Patrick Grant evoked memories of Fred and Ginger and was wonderfully well executed particularly by Pamela Ryan as Gladys,Chloe Wall as Hines . A  comic ballet  nicely done by the ensemble was a highlight of then second act.   Costumes were a cheerful riot of colour, a vivid visual treat to banish the gloom on these grey days on the cusp of Spring. Sophisticated  hair-dos added a finesse to the gorgeous 50 s styles frocks.


Susan Akintomide was poised and vocally secure as Babe in a range of numbers emerging in the insouciant I'm not at all in love. One to watch out for.   She was well matched by Sarah Kelly who had a good even sustained tone in their country and Western pastiche duet, There Once was a Man . There was strong  support  from Megan Delahunty as a graceful Mabel, Katie Devereux as philandering Prez and Aisling O Brien as the intransigent factory boss, Hassler. It was lovely to see lots of students from the primary school in the hall enjoying the efforts of  older siblings in this light hearted feelgood show. Charming!


Mounting a musical is major undertaking for any school.It  was uplifting  to witness a great tradition of 40 years continued so whole heartedly here tonight. More than forty young  ladies onstage alllooking like they were enjoying every minute .  I am proud to have cut my teeth as a pit musician here in productions between 72 -79.