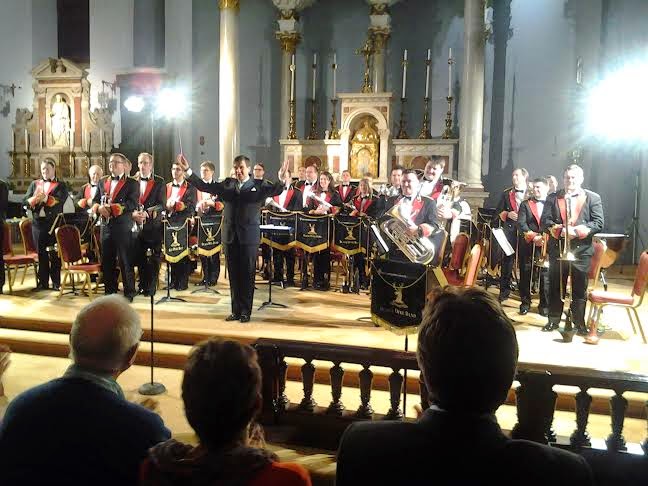 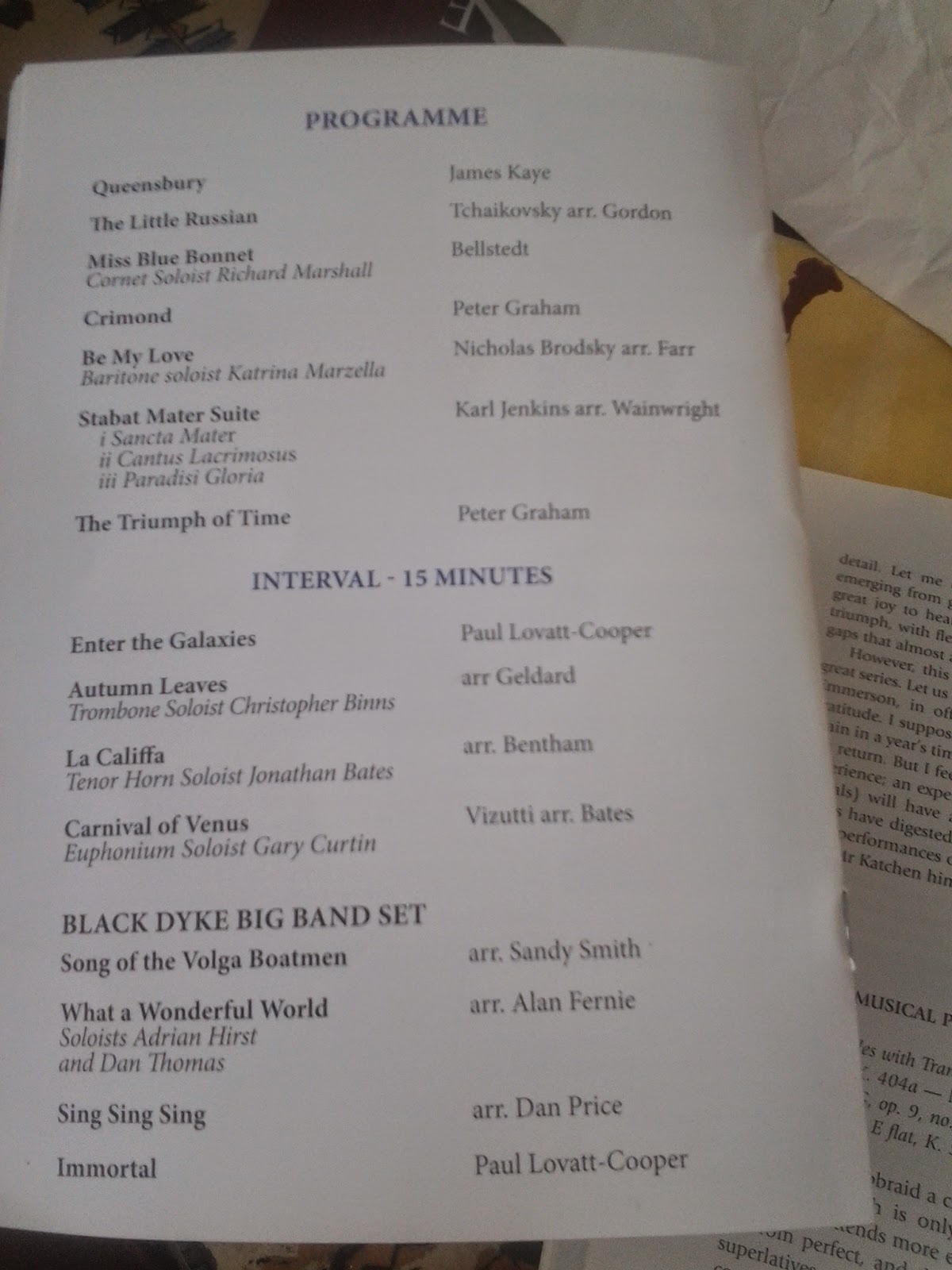 As readers of this blog will be aware, I have been fortunate to attend many remarkable events, some good and some superb and have attempted to describe most of them, as best I can.  I am not often stuck for words but  I feel at a loss to know what to say about last night. Leaving the Cathedral in Barronstrand Street Waterford, tingling all  over from the musical perfection presented by the ensemble and the palpable sense of occasion, just one problem niggled. Attempt to record it in mere words I must-but just how to do justice to the ladies and gentlemen of the Black Dyke Band.

Expectations were high. Would they live up to the hyperbole. Perhaps there was an element of exaggeration in the accounts?  Not a bit. No one in the 800 strong audience can have been in any doubt as to why Black Dyke  are described as the best brass band in the world. This was Olympian gold medal perfection in silver and brass performance.

Apart from the jaw dropping technical virtuosity, the impossible pianissimos, the shimmering warmth of the timbre, the  thrilling climaxes, we loved the choreography with the ensemble slickly reforming to suit each  number and a bit of  big band shaping in lighter numbers. Soloists emerged at the front to do their bit before being reabsorbed in the brass fold. The stereo effect of a group located in the organ loft engulfed us further in rich sonority.

This is an ensemble of soloists. How warm and pleading was Katrina Marzello's baritone solo in the Mario Lanza number, Be My Love. Richard Marshall conjured up a pirouetting Miss Blue Bonnet on cornet. Still a teenager, Jonathan Bates excelled in a tenor horn solo. In a change to the programme, Christopher Binns presented a fresh jazzy version of Danny Boy. the Work by Karl Jenkins and the extraordinary Triumph of Time by Peter Graham represented the 20th century in thrilling and unfamiliar new work. The biggest cheers were reserved for Cork man Gary Curtin who did impossible things on his euphonium. Carnival of Venus was full of technical fireworks but it was the baritone duo in encore piece, Highland Cathedral with twin snare drummers  that will live in my memory. Mere words added another layer in a narrative on the band's history in Paul Lovatt-Cooper's Immortal. Amid the bravura, Crimond featuring the hymn, The Lord's My Shepherd resonated perfectly  with the cathedral setting.

Despite the professionalism of  playing standard, there was a sense of the amateur in the best sense of the word,  in the sheer joy and exuberance. The band beamed at us and at each other. Everyone from Musical director Nicholas Childs down throughout the ranks seemed to be having thoroughly marvellous time. I can report that in true amateur spirit, there was no roadie crew and each member picked up their own stands and packerd up the van just like an ordinary village band  .

Just to show my critical faculties are working, I note that the programme carried listing and biographies but was  light on programme notes on the pieces. It would have been good to read some background on the unfamiliar pieces.

As Caroline Senior, director of Garter Lane Arts Centre said in her introduction this was a fitting way to celebrate Waterford 1100. We say thank you to Liam Daly and Symphony Club of Waterford, Waterford Cathedral  and Imagine Festival Waterford for presenting such a wonderful evening in one of our most historic churches. Bravo tutti!.