I spent a couple of days in Wexford at the 63rd Opera Festival. My reviews on two of the main house productions are filed with The Irish Examiner .. My review of opening night went into print on Saturday and a second review  will be in Wednesday's edition. I may not have been ''Wilde; about a French version of Salomé but  it looked gorgeous and a Silent Night from across the Atlantic was all the things that made for a thrilling evening of opera and lived up  to high expectations. Both Mark Campbell and composer Kevin Puts were in Wexford to add a bit  of transatlantic pzazz to the occasion. Campbell tells me  he has no less than 13 opera libretto projects on the go at the moment. Clearly a very busy man. It was good to read Tom Mooney's moving piece Forgotten Voices on the Wexford men who went to war including the Wexford Echo editor's  own grandfather. 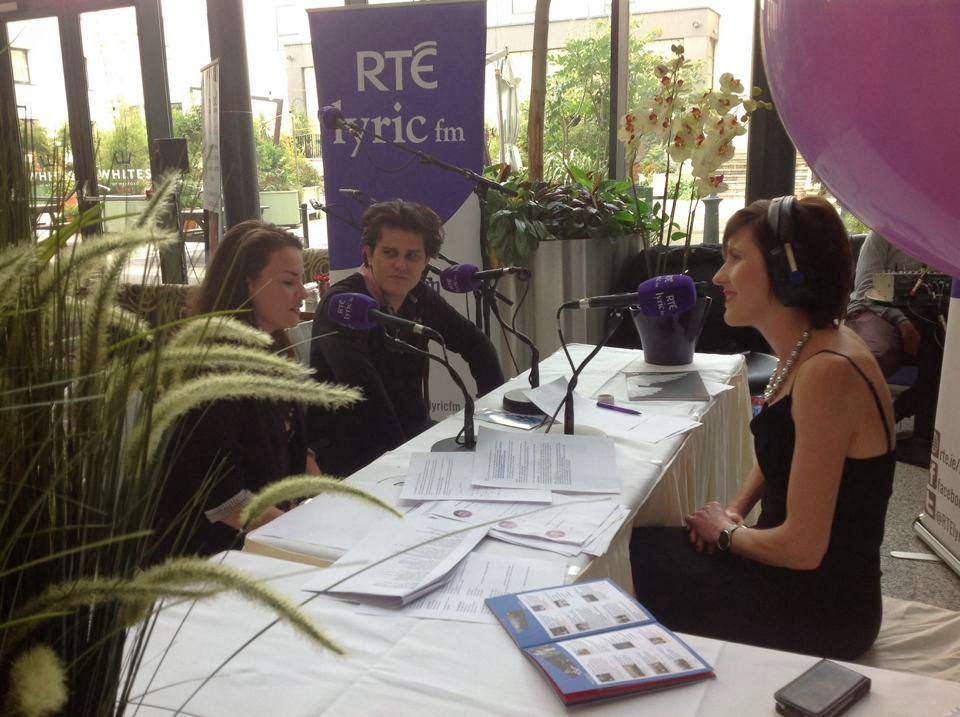 After a couple of ho hum years, it was good to see a festival buzz back in the foyer in Whites Hotel with the Lyric FM crew ensconced in a corner. Liz Nolan in pearls and little black dress added glamour chatting to the stars and Marty Whelan looked sartorially splendid with lilac  tie  matching the station banner. Such attention to detail . We like it ! Good also to see the short works reinstated here after the years of grim exile in a local school hall. I saw a terrific double bill of English works. The cast of a G&S piece, Trial by Jury hammed it all up beautifully and the ensemble at full throttle sounded like a much  larger chorus . Holst's  The Wandering Scholar was a hoot and the cast extracted every ounce of the comedy with energetic madcap performances.  Musical director, Janet Haney's piano accompaniment was light and sparkling. An afternoon tea-time delight. .

The international contingent were well represented. Remarkably, critic, Michael Kennedy was attending for his 63rd time having attended every festival.

Heather Humphreys was back in Wexford to announce the anointing of the house as the National Opera House to great cheers. ( I commented on the minister's rather anticlimactic post curtain call address after the IYO production last month in my Examiner review here. Little did we realise what a harsh spotlight would be shone on the Arts Minister in the week's that followed.)  Quite what the designation as national opera centre will mean in practice, nobody was quite sure. One thing puzzled me though about  the announcement quoted here.

And I am delighted to be able to give my full support tonight to the renaming of Wexford Opera House as The National Opera House. I have asked my officials to work with Wexford and the Arts Council to put this into effect, in recognition ofWexford’s position as the home of Ireland’s only custom built Opera House.

Now where have I seen that phrase or something very like it before? This is the description on the website of Cork Opera House '


Purpose built / custom built. If there is a distinction, it seems very subtle. I do hope for the Minister's sake that the Leesiders won't take umbrage.

I didn't see Don Bucefalo, a comic opera but I gather it was great fun. It will be broadcast on Saturday on LyricFM. Silent Night goes out on the 8th November also on Lyric FM .

Wexford Festival continues with all sorts of fringe  activities to suit high and low brows from Singing Pubs, short operas, art exhibitions and recitals in addition to the three  main house productions.

Cathy's Reviews: Maria at Wexford Festival Opera 2011
Nov 07, 2011
Having successfully dipped into the fringe events earlier this week I returned to Wexford Opera House for one of the main events and attended the last night of Maria by Polish composer Statkowski. Some very useful context ...
http://cathydesmond.blogspot.com/
Wexford Festival for Comic Opera, Cava and Canapés
Oct 27, 2010
Wexford with its attractive seaside port position looks very pleasant in the autumn sunshine. The first sounds ... The fringe festival is what brings me to Wexford annually and there is plenty to amuse and entertain . One of the ...
http://cathydesmond.blogspot.com/
Cathy's Reviews: Love Hat: Il Capello di Paglia di Firenze ...
Oct 24, 2013
The 62nd season of opera productions at Wexford opened in fine style with Il Capello di Paglia di Firenze, a fizzy light hearted comedy from the 20th century Italian composer, Nino Rota, better known for his film scores than ...
http://cathydesmond.blogspot.com/
Cathy's Reviews: Review of the year 2011: A Magificent Seven
Feb 18, 2012
I loved the quirky production of Dido and Aeneas at Cork Opera House but if I have to choose one of the shorter works I enjoyed the opera production of Gianni Schicchi directed by Roberto Recchia at Whites Hotel,Wexford.
http://cathydesmond.blogspot.com/
Posted by Cathy Desmond at 9:26 PM