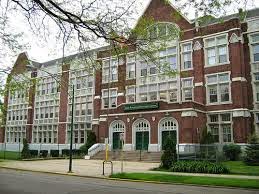 I was delighted to receive an  invitation from Noel Rice, director of the Irish Academuy of Music  to to attend the May  Salon concert  at the Irish American Heritage Centre, Chicago This was a fortuitous opportunity  to see first hand the musical activity of  the Irish diaspora in America's second city. The IHAC is a large red bricked complex in North West side of  Chicago. The 5th Province  East Room was a lofty  space just inside the front entrance.  A cheerful  turf fire  burned in  the bar area warding off the   unseasonable May chill  and a family  audience of  young and old gathered to support the performers.

The line-up showcased  all levels of musicians active at the centre. The Junior Ensemble with two dozen or so boys and girls opened the proceedings in fine style.  An ensemble of their teachers followed them on to the platform. There was a  turn from a young piper Sean Curran. The teenager played with a remarkable maturity and his performance was much enhanced by Catriona Byrne on cello. Sean's  teacher, Pat Cannady was present and acknowledged in the applause. A jocular Terry Bermes (whose mother was a Nugent from Sligo I think) acted as MC. His  wry self deprecating style  had us all chuckling.

Of course I expected to hear good playing. There was plenty of that but I was surprised by the inventiveness of the arrangements. A spirit of challenging the orthodoxy of the periphery prevailed.. 'It is a living and breathing tradition' said Noel. The shifting blend of instrumental timbres and pace sounded fresh and appealing. Cello, fiddles and bazouki had a baroque quality that was given space to breathe in the Senior Ensemble. Tunes were tossed around among the different timbres, lyrical passages and drones alternated with more percussive sections with attacking punchy rhythms. Moreover there was a sense of fun and a lack of pomposity in the proceedings that was refreshing.

Not since De Danann have I heard a cellist feature so prominently and to such good effect. Catriona Byrne was  the most impressive performer of the evening, not only for her expressive soulful playing but her intelligent support of all her collaborators. Catriona told me she had come to the instrument through her school music programme. I mentioned that Natalie Haas had been in Ireland. Yes she was a fan and her recordings had been an influence. She had played in the school orchestra but enjoyed the freedom of improvising away from the printed page.


The final group, Baal Tine featured seven musicians, the director of the Academy,Noel Rice on flute together with his son Kevin and daughter, Cathleen on percussion and fiddle. Catriona Byrne  on cello was joined by her sister Keira on fiddle. Wicklow 'Mad Man' Richard Roche offered much more than a vamping piano chords. Matt Sundstrom on guitar completed the septet.

I was expecting wigged and costumed little girls but thankfully dancing feet came courtesy of Mr  Mike Doyle that extended the gaiety.

You can get a flavour of the evening in this audioboo of Baal Tine's opening number. It opens with Roche's minimalist chords set against Noel's haunting flute. 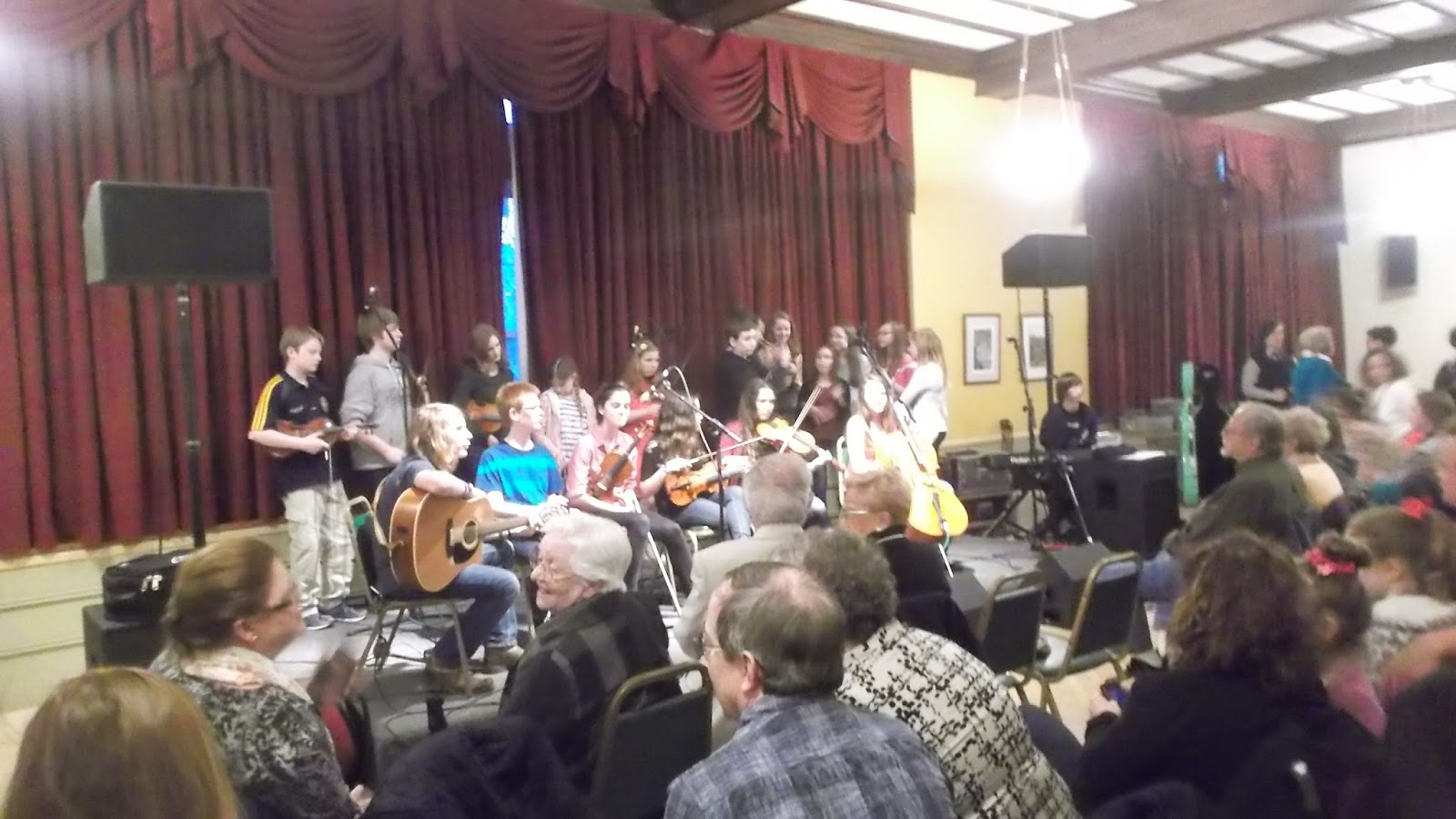 Posted by Cathy Desmond at 1:14 AM