From Broadway to the Viking Triangle, Waterford

It is 90 years since Gershwin's Rhapsody in Blue was premiered in New York. Across the pond, plans are in train to mark the anniversary of this seminal moment and you can read all about it here in this post from a New York based blogger, James Abbott.  But  the good news is that for Irish music lovers, you don't need to book a plane ticket to hear this 'great serious opus of the jazz age' . In the very anniversary week of its' premier, the Waterford Concert Orchestra under conductor Kevin O Carroll will give the first ever performance of the work in the medieval port city , Waterford. The soloist is Finghin Collins, a pianist who combines a flourishing international solo career with being a major player in shaping the Irish classical  music scene. He is Artistic Director of New Ross Piano Festival and Music for Galway. 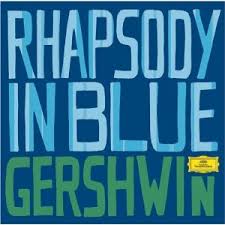 The performance takes place in Christchurch Cathedral  on Saturday 8th February at 8pm.  The rest of the programme has a Latin slant with works by Bernstein, Cole Porter and Marquez.  There is a perfect storm of events in the Viking city on the 8th Feb with Jack L in the Theatre Royal and not too far away in Railway Square, opera diva Renee Fleming appearing live from the Met via the Odeon Cinema Screen. I'll be in Christchurch in the viola section. I am looking forward to it!

And to whet your apetite have a listen to the composer  himself at the piano in the recording below. The Klezmer influence in the opening clarinet solo is striking.