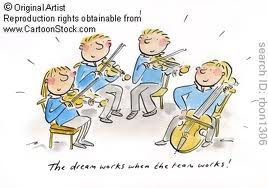 Term ended with a series of concerts at the CCSM (Co Cork School of Music) centres .  I was proud to present the students named above at concerts in Glanmire Community College. We worked hard in recent weeks  at preparing seasonal duets. With a lot to cover, this aspect of musicianship can be neglected  during term time and I enjoyed the opportunity of  playing with my students.  I particularly enjoyed the ensembles. The octet played  their Christmas selection with gusto. The Rhythm and Reeds Ensemble under Louise McCarthy made a joyful sound in their festive selection and it was heartening to see a good gender balance in the  Ballincollig Youth Orchestra with a contemporary programme of David Guetta and the Fr Ted theme in arrangements by  conductor, Michael Cummins.

While the merits of two , three and  four part harmony were apparent in the performances, I was reminded of the power and pleasure  of straight forward  unison playing by an intermediate violin ensemble at the CCSM concert at Colaiste Choilm in Ballincollig. The nine  students of Siobhan O Shea offered  an
instrumental rendition with piano accompaniment of O Holy Night which even for those of us suffering from OHN fatigue was absolutely charming. Bravo tutti!

Posted by Cathy Desmond at 8:49 AM