Sing We Merrily onto God our strength
make a cheerful noise unto the God of Jacob
Take the psalm, bring hither the tabret;
the merry harp with the lute  Psalm 81 Exultate Deo

The following  article in a recent Clare Champion alerted me to a rare and  significant musical event in Clare.
The Choir of St Mary’s Cathedral, Limerick, comes to Ennis this weekend as part of a new policy of sharing their Anglican music.Under choirmaster and organist Daniel Battle, the choir will lead Evensong at St Columba’s Parish Church, Bindon Street, at 5.30pm. Ennis rector, Canon Bob Hanna, a member of the Chapter of St Mary’s, will act as precentor and sing the responses.Canon Hanna said, “This is the first time in living memory that St Mary’s Choir have come into Clare. It should have happened long before, because they have built up over the years a very fine reputation for choral singing. Their Advent lessons and carols are a key feature on the Limerick City calendar.“Our own organist, Nigel Bridge, is a member of the Friends of St Mary’s Society. It was he who asked them to share their talents.  We invite all Clare people to what should be an enriching moment of devotion, using the ancient Book of Common Prayer service.”The permanent organist and choirmaster, Peter Barley, is on study leave and has been replaced by Mr Battle, an accomplished organist in his own right from Surrey, who was born into the Roman Catholic tradition and who had Irish roots.St Mary’s Cathedral has still to announce the appointment of their new dean to succeed the Very Rev Maurice Sirr, who was 25 years in the post. 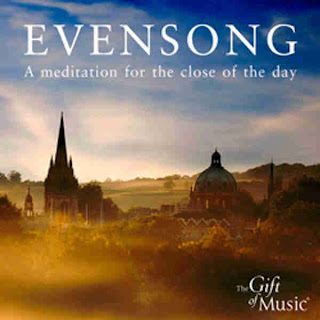 I enjoyed this service. The singing of the psalms of the  Office from the dozen or so choristers was very fine . The congregation were clearly  invited to participate at points. There was a thoughtful sermon on the place of music in worship from Canon Bob Hanna who demonstrated a rather good baritone voice himself. Both Canon Bob Hanna in this service and Rev Tom Hogan in a recent Easter address referred to Ita O'Shea, Cahercalla resident ( who I met on St Patrick's Day in Cahercalla) and who has contributed so much to music in Ennis in sacred and secular veins.  Today's musical director Daniel Battle showed himself to be a highly skillful organist particularly in the closing voluntary and no verse of the congregational hymns were given the same organ treatment with a variety of modulations adding interest to the chorale tunes. There was time for tea and cakes before the visitors climbed into their minibus for the journey back to the Shannonside city.  Among the choristers I met Paul Ryan and Peggy Carey who talked to me about their busy  rehearsal schedule. Also in attendance were father and son Michael and Harry Howes  well known in choral music circles in Limerick.
Paintings by Frieda Bailey on an Easter theme were displayed and  added a further dimension to the occasion.
A perfect meditative end to the weekend.


Postcsript
**With its emphasis on singing of the Psalms of the Divine Office, Evensong  or Vespers is a  welcome addition to the liturgies  Sunday evening strikes me as a good time for a complement to the main services of Mass and Eucharist. A number of monthly Vespers services were conducted at EnnisCathedral in 2010 including an ecumenical service at St Columba's but regrettably, these services did not become an established as a regular feature in Ennis..  As I understand it, there is  little theological difference to divide the two traditions of Vespers and Evensong, they  would seem to lend  themselves to an ecumenical approach. I hope this visit from St Mary's Choir will  refocus on the merit  and value of this type of liturgy in my own parish and put the inclusion of such services back on the local ecclesiastical agenda.

Posted by Cathy Desmond at 1:24 AM