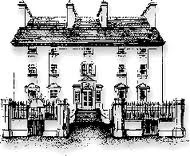 A charming and varied musical pot pourri was presented by the faculty members of Maoin Cheoil an Chláir  yesterday evening in Cois na hAbhna, Ennis Co. Clare. Announced in faux Eurovision style by pairing of piano teacher Tatiana  Timofeeva and director Hans Boller,  we heard a selection of classical, traditional and jazz numbers all well executed as one would expect from this team.

Star of the show though was the elegant Tatiana whose rendition of Mozart's Fantasy in A minor on accoustic grand piano was superb and who showed what a versatile artist she is, deftly accompanying trad numbers and offering a jazz number in the second half. The accoustic seemed to favour reeds and Elvie Millars solo air on piano accordion by Michael Rooney was very effective . Elvie was joined by her husband, Denis Liddy for a few numbers from their latest album, Traderee. Violin teachers Bryonie Hopper  and Roisin McMullan showed their virtuosity  in Monti's Czardas and Bartok' Romanian Dances and Pat O Connor and Michael Grogan added airs, reels and hornpipes to the folk dance  contributions.