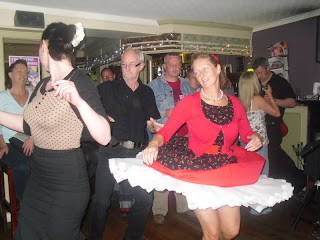 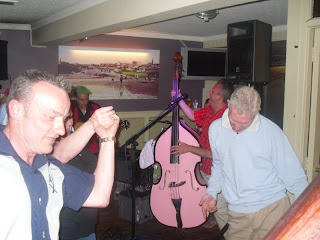 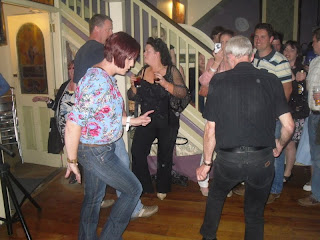 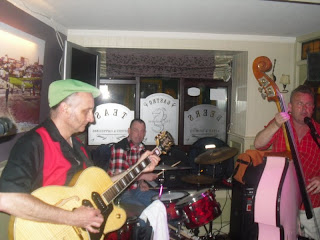 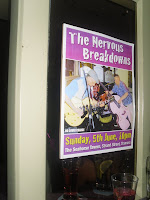 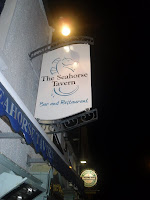 After walking the prom and having put some pennies in the slots, we surveyed the local gig scene and decided on a rockabilly night with the alarmingly named, The Nervous Breakdowns who were appearing at the Seahorse Tavern. I quelled a moment of apprehension looking at the volume of bouncers that were employed on Strand Street but the crowd seemed amiable enough many of them sporting quiffs. The venue seemed very devoid of chairs so we hovered for half an hour until the band fronted by bassist Fran Sarsefield in an unmistakable Déise accent struck up about 10.30.

The band performed with great energy and enthusiasm a series of lively uptempo numbers with no slowing down and pausing for breath. It wasn’t long before suitably dressed ( well most of them) and coiffed punters took to the tiny dance floor to shivvy and jive. There were some smashing outfits and it seemed that the band had gathered a sizeable loyal following of rockabilly fans.
Posted by Cathy Desmond at 11:33 PM