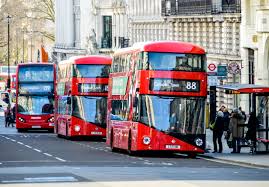 Every now and then, I pine for the buzz that a big city can offer and can't resist the impulse to jump on a plane for London so conveniently close to us on the east coast of Ireland. The appeal was explored in this BBC radio programme by Mark Tully https://www.bbc.co.uk/sounds/play/b03sr5qv quoting a diverse range of authors in a celebration of the big city from William Blake to Suzanne Vega and from New Orleans jazz to William Wordsworth. London seemed the same as ever. Brexit wiped off the headlines by the announcement of Harry and Meghan's departure. I spent four nights in central London visiting old haunts and finding some new ones. A little roundup of my experiences here.

Play at Kilburn:  The Tricycle Theatre in Kilburn High Road has had a name change. The complex housing a cinema, bar and restaurant as well as a theatre with a town hall feel was lively on Thursday night. It is now  known as The Kiln. I saw Mike Bartlett's play Snowflake here. Although it was well reviewed, I found this three-hander based on the rift between a father and daughter with a Brexit theme a bit yawn inducing. Guardian review by Michale Billington here https://www.theguardian.com/stage/2018/dec/11/snowflake-review-mike-bartlett-old-fire-station-oxford. The Black Lion across the road is an impressive pub for a post show pint.


The Songs of Clive James and Peter Atkin: A bittersweet evening as Clive Jame's song writing partner accompanied by pianist Simon Wallace played  some of the songs the duo had produced in five decades of collaboration at the clubby ambience of the basement lounge of, The Pheasantry- a Pizza Express venue on King's Rd Chelsea. The staff managed to deftly serve pizza and drinks without interrupting the flow. A radio programme on the duo here.
https://www.bbc.co.uk/programmes/b06nnnlc

Troy Exhibition at The British Museum; With a magnificent atrium, The British Museum is for my money the most impressive public building in London. A special exhibition of all things to do with Troy. Lots of ceramics, marbles and paintings. Best of all were the books, early print editions of translations of Homer's Iliad and hand written volumes with notes in the margins, many from a collection at Buckingham Palace. 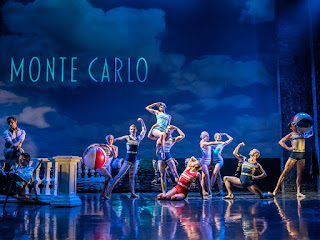 Ballet: The Red Shoe's based on a Hans Christian Anderson tale was playing at Sadler's Wells in Islington. A gorgeous production to a Bernard Hermann score. Ballet Rambert were showing off what they could do at an open rehearsal of a forthcoming production (Aisha and Abhaya) at the Royal Opera House. The house is open during to the day to have a wander around. The viewing balcony allows views over the area and a peak into the costume workrooms. I enjoyed a pie and a pint in the Red Lion in Islington near Sadler's Wells amid punters in  to watch Saturday football.

Pub Theatre
Canal Cafe Theatre has a long running revue programme in the style of Beyond the Fringe over a pub in Little Venice. It was hilarious. with topical sketches riffing on the latest news. 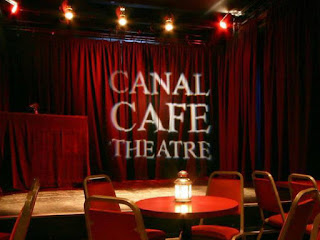 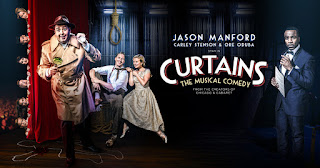 Curtains: Musical
I saw Curtains by Kander and Ebb on the last night at Wyndham's Theatre in the West End before it went on tour. It was very charming and witty. There were strong performances not least from Jason Manford as the stage struck detective. Mark Lawson's review here https://www.theguardian.com/stage/2019/dec/18/curtains-review-wyndhams-theatre-kander-and-ebb. Definitely worth seeing if not a must-see.

Westminster Cathedral: Music for the 10.30 liturgy included a motet from Handel's Messiah- And the Glory of the Lord shall be revealed; settings by Renaissance composer Christopher Tye and an organ voluntary by Buxtehude. All was not happy it seems in the Cathedral Music Dept and the newsletter carried news of the sudden departure of music master Martin Baker, it appears in a clash over changes to the timetable. More here in a Guardian article https://www.theguardian.com/world/2020/jan/21/westminster-cathedral-to-review-sacred-music-after-master-resigns. 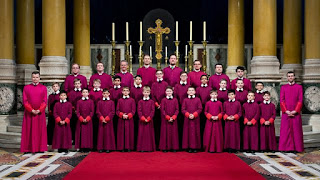 The magazine carried a feature on the late Colin Mawby who was of course well known from his work with RTE choirs in Dublin. Artcicle from Oremus here https://issuu.com/rcwestminster/docs/january20website

The newsletter also carried a list of raffle prizes still to be claimed included; champagne, chocolates, M&S vouchers, 'Festive Pandoro Cake' and a 'donkey'! I suppose might be hard to house a donkey in your average London dwelling.