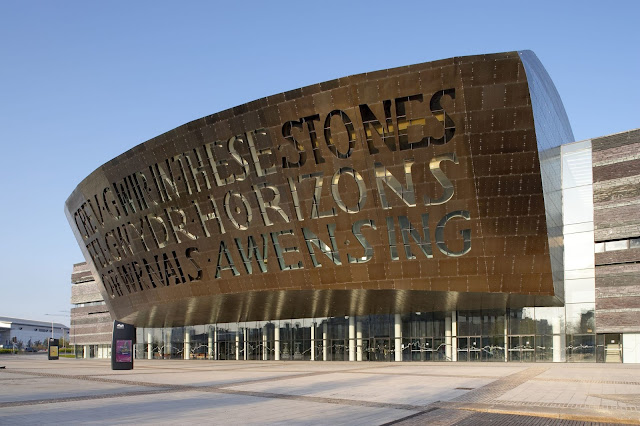 No gallivanting this week as the nation retreats into the bunkers and watches the snow show. While our sympathy is with those who have to brave the elements to keep animals fed and emergency services up and running, spare a  thought for artists and managers stuck on the road. New Music Dublin had built up a nice of head of steam in their marketing and pre publicity. How devastating is must be for those involved to have all events cancelled. Also in our thoughts are the cast and crew of Irish National Opera who were forced to pull their Sligo and Navan dates. I enjoyed the opening in Wexford and have filed a review with the arts desk of the Irish Examiner. My preview is here which featured on Ryan Tubridy's news round up on Tues 20th https://www.irishexaminer.com/breakingnews/lifestyle/a-fair-crack-of-the-whip-for-risque-powder-her-face-828825.html Fingers crossed for the remaining dates of their inaugural production. Before the memories dim here is a round up of my recent trip to Wales.

New Opera Horizons. Wales is so close to us in the South East but up 'til now I've overlooked it although I did enjoy my trip to Fishguard Music Festival a couple of years ago. After the ferry, a couple of hours by train brings you  to the capital city of Wales, home of Welsh rugby and the Welsh National Opera.  Cardiff has long been on my to do list and I finally made it last weekend. My review of Don Giovanni the final production of WNO 17/18 season was published in the Irish Examiner. There was a notable Irish interest in that it marked a role debut for Irish baritone, Gavan Ring. The weather was bright and dry but very cold and the streets were full of young family's out and about for half term break. Cardiff is not the most immediately appealing city centre for sight seeing but a trip to the city art gallery  and Cardiff Castle delivered more than I expected. The National Museum houses one of Europe's finest art collections and. Admission was free to see "Five hundred years of magnificent paintings, drawings, sculpture, silver and ceramics from Wales and across the world, including one of Europe's best collections of Impressionist art". Most memorable though was a gallery cleared of paintings. For  The Sky in a Room exhibition, a young lady sat an ornate organ in the centre of the dimly lit  room singing and  playing an Italian pop song with an early music  Il cielo in una stanza. Guardian review of the experience here. https://www.theguardian.com/artanddesign/2018/feb/02/ragnar-kjartanssons-five-week-marathon-of-music-the-sky-in-a-room-review 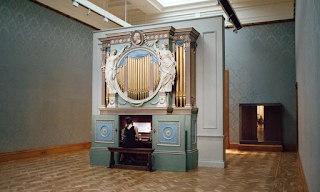 More surprises behind the walls of Cardiff Castle where Will showed us around the living quarters of the Stuart family. Having made his fortune in coal, the 3rd Marquess engaged the Dermot Bannon of 19th century England, architect William Burgess to do a makeover in a lavish Gothic Revival style. Here is the charming nursery complete with tiled tableaux of favourite fairy tales. The detail in the many rooms was eye watering.

While I made the journey home by boat, I flew in to Cardiff Airport. Change for the bus was in short supply but it is useful to know that you can pay the £5 fare in euro €7. 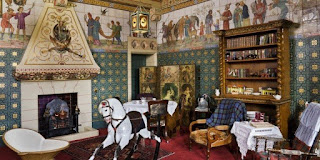 I stayed in the Futures Inn in Cardiff Bay. The Great Western Pub near the Central Train Station was full of Friday revellers just finished work and conveniently displayed the departure times.

With a population of 3million, Wales is not that different in size to Ireland and is probably a better comparison for what model of opera provision might work than say a wealthy German city The WMC hosts all sorts of events and is not dedicated to opera. The production was playing two nights there before touring to other UK venues.