Kaleidoscope Night at the Odessa Club 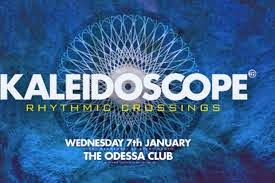 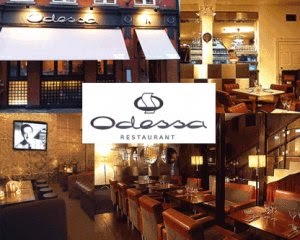 It's Wednesday night at the Odessa Club and the  top floor of this trendy Dublin  venue is jammed. There is a buzz of anticipation as clubbers collect their drinks at the bar and settle down in the elegant top floor chamber for the first of the  Kaleidoscope Night series in 2015.  The lighting is subdued , the vibe is mellow, the informal setting is what vou might expect at a jazz  gig or the prelude to a soulful songwriter. . Under the title Rhythmic Crossings, we heard a two hour programme featuring a mix of standard Baroque repertoire, contemporary new music and a classy fusion of  trad and classical genres from a handful of excellent young professional soloists.


The evening opened with a solo item,  Bach Cello Suite No 3 played by Ailbhe McDonagh .  The physical closeness of the audience to the player  added a thrilling intensity to McDonagh's  fully committed performance.

If you thought that all there was to playing a tambourine was to tap it a bit,  percussion duo, Catriona Frost and Maeve O Hara showed us otherwise in  the variety of techniques deployed   in a fun duet, Conversation for two tambourines. It must have been quite an effort to get a marimba and  a vibraphone up the several narrow flights of  stairs, It was rumoured that the instruments had arrived via helicoptor on the roof terrace.  (This is very cool venue!) The  cross rhythms in Mike Nielson's African Trip and the Latin American flavour of French composer Séjourné were  mesmerising.

The exuberant high voltage playing from Lynda O Connor on violin in a  Handel-Halverson  passacaglia was startling, jolting us out of our trance like state induced by the hypnotic percussion  rhythms. (Those  and a large glass of merlot)

The  second half of the programme exploited  the potential of  varied timbres within  Trio Elatha in various combination of solo, duo and trios.   After the arco fireworks of his colleagues, Brendan Walsh calmed us down with the soothing  timbre of pizzicato guitar strings in preludes by Villa Lobos. The evening closed with a spirited set of numbers from Trio Elatha drawing on classical and traditional elements. O Connor was extraordinary,  proving adept at mixing  it on the style front. It is rare to find a performer equally at  home in classical and traditional styles.  There was an energy and inventiveness in the trio's arrangements of familiar and new material.

The audience were for the most part in the 35-55 age bracket, younger than you might find at a more formal recital. A cocktail of elements combined to make this a good night out; a  varied   programme,   a  selection of highly accomplished engaging performers, and proximity to performers and food and drink . The 9pm start  allowed plenty of time to enjoy a dinner in the clubby first floor bar. Good value at €14.50 for 2 courses) and following the gig there was no hurrying you out of the venue as the bar stayed open to facilitate patrons and performers lingering to chat.

Despite losing their arts council funding, the salon series continues under the stewardship of  musicians Lioba Petrie and Karen Dervan.  Long may it flourish
It takes place on the first Wednesday of each month at Odessa Club, Dame Street Dublin.
.

Posted by Cathy Desmond at 6:13 PM